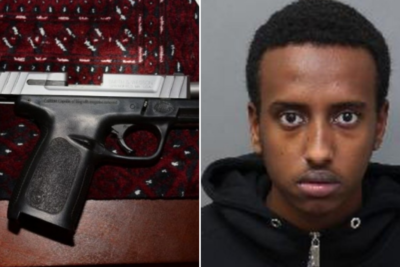 Toronto police have arrested a Muslim who shot at random strangers, including a four-year-old girl, in five separate incidents this month. How long before Trudeau apologizes to the Muslim community for non-existent anti-Muslim backlash?

The 20-year-old is facing seven counts of attempted murder

Toronto police have arrested a man who allegedly shot at random strangers, including a four-year-old girl, in five separate incidents this month.

Between Jan. 9 and 21, police say 20-year-old Brampton man Adam Abdi approached people in a variety of circumstances and opened fire before running away.

In one case, he fired at two people standing inside the hallway of a building, wounding a 19-year-old victim, police say.

In another, he approached a parked car with a man and young girl sitting inside and allegedly shot at both of them before fleeing.

Supt. Ron Taverner described the shootings as “outrageous and disturbing” and said investigators have not determined any possible motive or connection among the victims. Supt. Ron Taverner said the accused is known to police and may have prior offences. (CBC)

“To go out and shoot five times at people, in a very short time span… it’s beyond comprehension,” Taverner said.

Abdi is facing a total of 48 charges in connection to the shootings, including seven counts of attempted murder. Police indicate that he successfully shot two of the seven victims.

The incidents took place near two areas: Finch Avenue West and Islington Avenue and a stretch of Etobicoke near Rathburn Road and Highway 427.

On Monday, officers working out of 31 Division and 22 Division arrested Abdi and seized a handgun related to the shootings.

They were able to track him down after a witness of the most recent incident provided a description of his vehicle.

Abdi appeared in court Monday, shortly after his arrest. Police added that Abdi may have prior offences and was known to them. 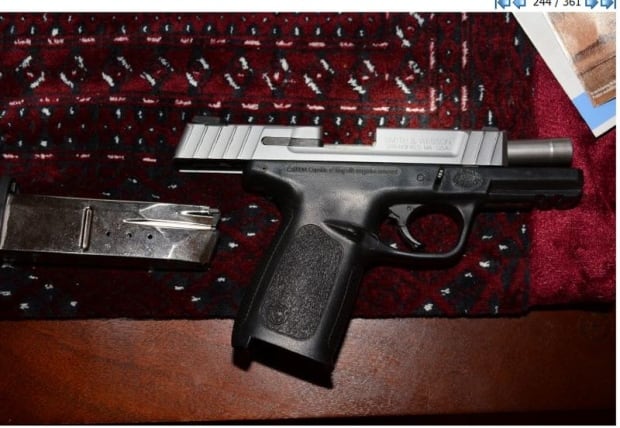 Toronto police seized this handgun during the arrest. They believe it was the weapon used in the shootings. (Toronto Police)