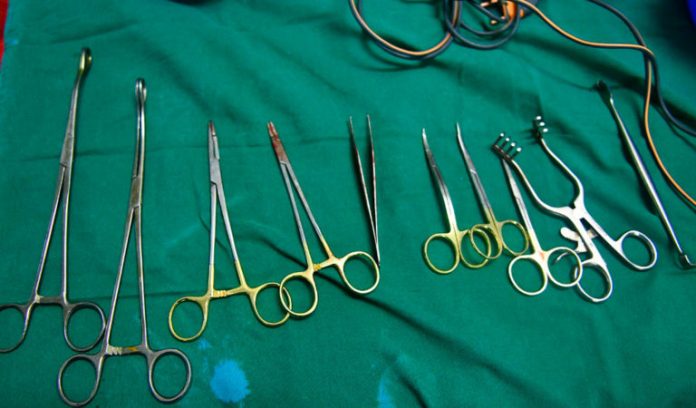 A lawyer involved in the ongoing case against the Michigan doctor charged with performing female genital mutilation (FGM) on young girls alleged in court that the doctor’s mosque had paid for the barbaric and illegal procedures.

Dr. Juama Nargarwala, 44, an emergency room doctor, is accused of performing FGM on two young girls from Minnesota, although prosecutors said in court that she may have cut up to 100 girls over the past 12 years.

Nargarwala is part of a sect of Muslims from India called the Dawoodi Bohra. She was arrested in April trying to board a flight to Kenya after the FBI received a tip in the case and was denied bail. Also charged in the case are two other members of the Dawoodi Bohra sect: Dr. Fakhruddin Attar, 53, accused of letting Nargarwala use his clinic in Livonia to carry out the procedures and his wife, Farida Attar, 50, who is charged with holding the girls’ hands during the painful cutting.

Cynthia Nunez, the attorney who made the allegation and who was assigned by the court to look out for the best interests of Nargarwala’s children, also stated that Nargarwala’s husband is the treasurer of the mosque and could face criminal charges over the allegations that the mosque was paying for cutting.

Other members of the sect and their daughters have been told to keep quiet about the FGM procedures according to the charges against the doctor and her alleged accomplices. So far, the state has discovered that in addition to the two girls from Minnesota, six more girls are known to have been mutilated.

Medical examinations have shown that the girls’ genitals were altered and not just symbolically “scraped” as Naragarwala claimed. Writing in Mother Jones, a victim of FGM from the same sect, describes her horrific memories of the procedure that was carried out on her as a child and how wide-spread the practice is among the Dawoodi Bohra.

The state has been moving to take parental rights away from Naragawala as well as parents who have taken their daughters to be cut. In the case of Nargarwala, the children’s father agreed to move out of the house to avoid having the children put into foster care. The children are currently being taken care of by their grandparents.

Although the state requested the father’s visits to the children be made only with supervision, the judge ruled that for the time being, he is allowed to visit his children freely and without supervision.