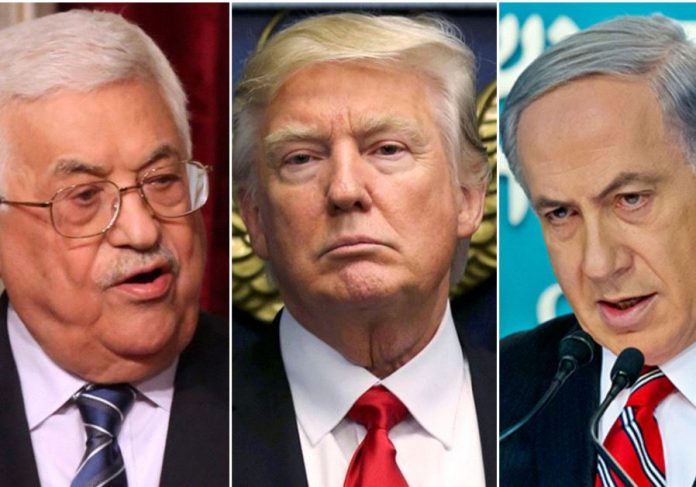 President Trump told Prime Minister Netanyahu Thursday that US aid to the Palestinians won’t continue until they’re willing to “sit down and negotiate peace.” In a bilateral meeting with Israeli Prime Minister Benjamin Netanyahu at the World Economic Forum in Davos, Switzerland, Mr. Trump said that the Palestinians “disrespected” the US when they refused to see Vice President Mike Pence during his Middle East trip. Trump said his administration already has a proposal for peace that will benefit the Palestinians and be good for Israel as well. “We took Jerusalem off the table, so we don’t have to talk about it anymore,” he said in reference to his recognition of Jerusalem as the capital of Israel.

Palestinian response is furious  If Jerusalem is off the table, there is no table. No Palestinian will agree to negotiations without Jerusalem, that is without honor.