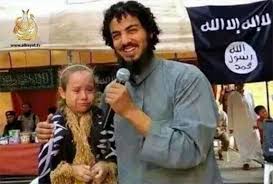 A suspect was arrested and faces arson and burglary charges after investigators said he lit a pair of fires at a Las Vegas synagogue Monday evening in a possible hate crime, according to authorities.

Firefighters were called out to handle a car fire in the synagogue’s parking lot just after 8 p.m. Monday. Crews quickly extinguished the blaze, which caused significant damage to the vehicle and minor damage to two others.

While firefighters were cleaning up after the car fire, synagogue personnel told investigators they had extinguished a mysterious fire in a waste basket inside their building two hours earlier, Szymanski said.

Afshin Bahrampour has a very interesting history. He’s a registered sex offender on 2 counts of sodomy.  The case islikely this one in Oregon.

On December 10, 1997 at approximately 3:00 p.m., AFSHIN BAHRAMPOUR, age 28, from Sherwood, was taken into custody by officers from Sherwood and Tigard Police Departments after eluding authorities for over one year.

In 1996, a secret indictment based upon an Oregon State Police investigation was handed down by a Washington County Grand Jury charging Afshin Bahrampour with several counts of Sex Abuse involving a girl who was 13 years old at the time.  Aware of the investigation, he left the address  where he was living in Beaverton and moved to an unknown location.  Bahrampour was known to work as a gymnastics coach at several local area gymnastics facilities where he had contact with young girls.

At about 2:45 p.m., Sherwood Police Officer G. Smith received a call from the principal of Hopkins Elementary School advising that Bahrampour had tried to enter their school and was refused entry.  Officers continued to check the area, and based upon additional sightings by some public works employees, Bahrampour was found walking on Tonquin Road near Tonquin Loop in Sherwood.  Officers described Bahrampour as being dirty and muddy from hiding in bushes in the area.

He was convicted and sentenced to 8 years in prison for the abuse of a 13 year old girl. And then launched an impressive array of lawsuits against everyone and everything.

He sued Oregon because they wouldn’t let him have copies of Muscle Elegance magazine. (It was determined he had no Federal constitutional right to receive it in prison.) and the Joint Chiefs of Unfaith, aka America.

This matter involves Afshin Bahrampour’s civil-right action against the Joint Chiefs of Unfaith, Barack Obama, N.A.S.A., the Central Intelligence Agency, the U.S. Navy, the National Security Administration, Independent Agencies, and the United States of America, among others, for reading his thoughts.

For example, Plaintiff states that “[t]he ‘neural remote monitoring,’ N.R.M., is audibly recognizable in the auditory cortex at 15 (hertz) and is a very mentally distressing and distractionary [sic] PRESENCE. It interrupts my prayer as a Shia Muslim.”

But apparently molesting young girls and trying to start fires in synagogues does not.

Afshin Bahrampour seems to have wasted countless amounts of taxpayer money in these lawsuits and his various imprisonments. Just imagine if we had acted sanely and just sent him back where he came from.