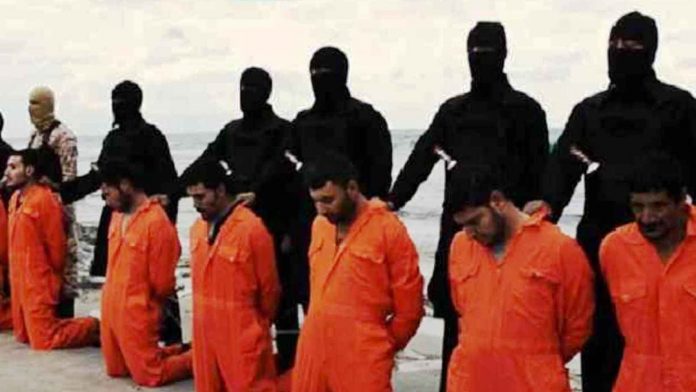 Western leftists, secular as well as religious, continue to bemoan what they call “Islamophobia.”

According to this line, whether they are native born or immigrants, Muslims in historically Euro-Christian lands are relentless victims of various forms of oppression.

Of course, this is another one of the Racism-Industrial-Complex’s useful fictions.  The truth, as I show in my most recent book, Christianity and the World: Essays Philosophical, Historical, and Cultural, is that in the world today, Christians, far from being the greatest oppressors, are actually the greatest victims of oppression.

Although it receives, unsurprisingly, little media attention, there are in fact more Christians who are made to endure persecution today than have ever existed before.

Open Doors (OD) is an international organization that exists solely for the sake of serving persecuted Christians around the globe.  Recently, while gathering research for its 2018 World Watch List, the good folks at OD found that the oppression suffered by the 215 million, or one in twelve, Christians in 60 countries around the world is due significantly (though not exclusively) to the following phenomena.

(1) What OD identifies as “Islamic extremism” is “the global dominant driver of persecution[.]”  Islamic extremism is “responsible for initiating oppression and conflicts in 35 out of the 50 countries on the list.”

For example, there was more violence against Christians recorded in Pakistan than anywhere else.

Yet there is more than one way in which “Islamic extremism” harms Christians.

First, there is what OD calls the “slow creep” of “the Islamist Revolutionary Movement.”  The prime objective of the latter is “to bring many parts of the world under Sharia law.”  This movement “which often results in Islamic militancy and persecution of Christians is expanding in Asia (the Philippines, Bangladesh, Indonesia) and Africa (Egypt, Nigeria, Somalia).”

Because the Islamist Revolutionary Movement seeks to advance its agenda by way of overt violence, OD refers to its distinctive contribution to the oppression of Christians as the “smash factor.”

But there is another factor that, while devoid of the explicit brutality of the last, is no less effective in suppressing Christianity.  OD identifies this as the “squeeze factor.” In addition to their terrorism and murder, “Islamists around the world are furthering their agenda through diplomatic and political action, as well as grassroots social efforts.”

More specifically, particularly where “democracy” has taken hold, Sharia law has been “peaceably” enacted into law.

“For Christians in these countries, the persecution ‘squeeze’ they face in the form of pressure often far outweighs the violence and is even more difficult to endure,” OD reports.

The problem is that there is a “slow creep of Islamic control in every facet of life” that “becomes unbearable, leading to many Christians practicing their faith underground, out of the public eye, for fear of repercussions should their faith be discovered.”

Central Asia, comprised as it is of the countries of Uzbekistan, Tajikistan, Kazakhstan, and Azerbaijan, has witnessed a “grassroots revival of Islam” and, thus, the rise of anti-Christian persecution.

So-called secular-“humanism,” with its agenda of “equality,” has spread to “historically conservative nations, particularly in the form of a new sexual agenda that’s at odds with the traditional Christian worldview.”  The “radical proponents” of secularism, ever-intolerant of competing truth claims, view Christianity as an existential threat.

Though militant secularism has long been present in Europe and its offshoot societies, like the United States, it has been especially oppressive to Christians in Latin America, where anti-Christian persecution has not only become enshrined in law, but has manifested itself via slanderous public campaigns against Christians and their organizations.

The stigma with which Christians are branded drives them to practice their faith underground and even excludes them from offices and opportunities in their societies.

(3) What OD describes as the rise of “religious nationalism”—the equation of citizenship with membership in the religion of the State’s choice—has had the effect in many countries of reducing their Christian minority populations to “alien elements” that are demonized as threats to “the fabric of society.”

OD elaborates: “As the whole of society becomes centered around a particular religion, Christians are forced to the outskirts through legislation, cultural pressure or violence.”  Yet those segments of the majority-population that are most “radical” usually can terrorize Christians with “impunity,” for they have “the government on their side.”

Perhaps second only to the Islamist Revolutionary Movement, OD invokes as the key illustration of this religious nationalism the Bharatiya Janata Party (BJP) in India.  The BJP is the party in power. It is trying to unite the nation around Hinduism.  According to OD, while “Hindu radicals in the country pose an increasing threat to Christians and other religious minorities,” their violent tactics mostly go “unpunished.”

India and Nepal are two prominent illustrations of intense, anti-Christian Hindu nationalism.  But, notably, in Myanmar and Sri Lanka, Buddhist nationalism is being used as an instrument of anti-Christian oppression as well.

This phenomenon OD attributes “mainly” to “political Islam,” which seeks to order society hierarchically by distinguishing sharply between Muslims and non-Muslims.  Muslims are encouraged to “invade” non-Islamic areas.  What happens next is not pretty.

“The result [of this strategy of invasion] is the forced expulsion of those who differ in race, ethnicity or religion through murder, torture, extrajudicial executions, rape, attacks on civilians, arbitrary arrest and detention, etc.”

The perpetrators of these horrors in these countries aren’t likely to be captured and punished, for the governments tend to be unstable. “Leaders often feel pressured to succumb to the demands of radical elements for the sake of ‘keeping peace,’” even though doing nothing “only serves to worsen the situation and put the Christian population at increased risk of ethnic cleansing and even genocide.”

Christians throughout the world are being made to suffer for their faith in ways and to an extent endured by few others.

Yet don’t expect to hear much about this from those in the West who are too busy decrying the “Islamophobia” and “racism” of their fellow Westerners who want a say as to who enters their countries.