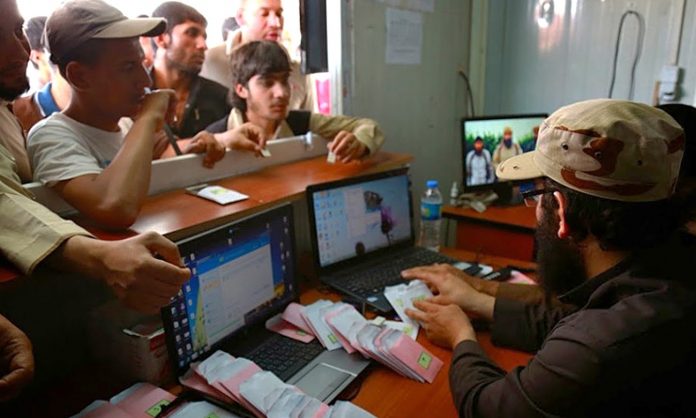 Every day, early in the morning, the former missile scientist would leave his house in Mosul. Riding buses, or on foot – he could no longer afford petrol – he’d call on friends, check on his mother or visit his sister’s family. Sometimes he’d hunt for cheap kerosene, or try to score contraband books or cigarettes. Most often, he’d meander aimlessly – a traveller in his own city.

In the evening, he’d sit at his old wooden desk, bent over his notebook, recording the day. Most of what he wrote was banal: the price of tomatoes, a quarrel with his wife. But he also wrote his observations of the remarkable events unfolding in Mosul.

Just as in any totalitarian society, ​the majority of residents bent their heads and went on with life

“I must live this moment and record it,” reads one entry, from August 2014, two months after the fall of the city. “We live like prisoners serving long jail sentences. Some of us will come out having finished reading dozens of books. Others will be devastated and destroyed.”

By the time he stopped writing, he’d filled five volumes. They are the handwritten diaries of a city under occupation, and a chart of how the Islamic State tried to live up to its name – by running a city.

In the early days of June 2014, the new gunmen were broadly welcomed in Mosul. Unlike the brutal and corrupt Iraqi army, they were polite. They guarded public buildings, prevented looting and dismantled the concrete barricades that choked the city.

“There were no more car bombs, no clashes and no IEDs,” the scientist wrote. “Mosul is at peace finally. They control the streets and people are awestruck. They allow people to leave Mosul, and schools are teaching government curriculums.”

There was some confusion regarding their identity. Were they Sunni tribal revolutionaries? Ba’athist officers from Saddam’s old army? Jihadi militants like al-Qaeda? These different groups had been a fact of life ever since the US-led invasion in 2003. For years, the factions had vied for power in Mosul, seeking legitimacy by waging a ruthless urban guerrilla war – first against the American occupiers, then subsequent Iraqi governments.

Indeed, some were already acting as a kind of shadow government – “taxing” businesses and extorting a percentage from every municipal contract. Those who failed to comply were often kidnapped and shot.

“We paid them a percentage of every contract for a decade,” said Azzam, an electrical engineer at the department of energy. “Eight percent. The head of our directorate would get a phone call from them before every bidding process. They chose who would win and who got appointed to what job. A third of all new vacant positions were set them. No one dared to disobey. Those who didn’t pay were kidnapped. Every government institution was infiltrated, even the police.

“When Mosul fell, they appeared on the surface.”

Two days after the fall of the city, one of Azzam’s colleagues came to work dressed in an Afghan shalwar-kameez, and introduced himself as the new supervisor for the Islamic State.

All of Isis’s previous victories paled in comparison to the capture Mosul, one of the biggest defeats in the history of Iraq: the fall of its second city, the rout of 50,000 soldiers and policemen, and the capture of hundreds of tonnes of weapons, equipment and armoured vehicles.

And it was here in Mosul where Isis would attempt its most ambitious plan yet, the basis for its claims to legitimacy: to transform from an insurgency into a state.

A week in, Isis issued its first manifesto: the Madina [City] Document. In archaic language laden with millenarian references, Isis congratulated the people of Mosul for “these divine victories” and staked out its central promise:

Oh people, you have tried all the secular regimes, from the monarchy to the republic to Safavid [Shia] government. You have tried it and been burned by its fires. And here we are now in the reign of the Islamic State and the region of our imam Abu Bakr. And you shall see by the will of Allah the vast difference between a secular government, that oppresses and confiscates the will and energies of its people and erases their dignity, and our rule, which takes the divine word as a path.

The document banned cigarettes and insisted women should stay home, but in the streets people continued to smoke, hookah cafes flourished, women went unveiled, and many of the families that had fled Mosul returned.

The Madina Document was just the first step, however. The so-called Islamic State did not spring up in a single day. It arrived gradually, over roughly two months, via a series of actions and edicts – each new step affecting a different segment of society, raising the heat each time.

In many ways, Isis’s project resembled other attempts through history to build a utopian state, from the Bolsheviks to the Taliban – a road map of authoritarian rule. First, promote a mythical founding ideology. Next, use it to purge society of undesirables. Use the utmost brutality so as to thwart any resistance; maintain a ruthless intelligence network to induce the population to denounce itself.

But totalitarian regimes can’t survive on millennial ideology and mass terror alone. They need a functioning bureaucracy and competent administrators.

Isis began by conducting an extensive census in Mosul. Army and police personnel, doctors, nurses, engineers and teachers were all registered, along with their families. Every shop, factory and commercial property was listed according to the religion and sect of its owners. “They came to us and opened the big land ledgers,” a clerk in the agriculture department told me. “They wanted to know which lands were owned by Christians, Sunnis or Shia. We told them these documents go back to Ottoman times, and we only have the names of the owners – there is no way to find their religion, let alone their sect.”

Isis … dressed and talked like they lived in early Islam, but administratively they were excellent

A week later, the Arabic letter “N” (for Nazarene) was graffitied on to homes and shop fronts owned by Christians. An edict demanded that Christians either convert, pay a tax or leave with nothing. Christians were frisked at the city limits; some were taken as hostages or sex slaves. (Shabak and other Muslim minorities had either fled or been killed.) A few weeks later, another edict made the niqab compulsory, and banned all mixing of men and women.

When the concrete barriers that had been removed from the streets reappeared, now forming a massive wall around the city, Mosul effectively became a giant prison, hung with banners proclaiming the new regime slogan: “Permanent and expanding”.

Its authority established, Isis now turned its energy toward creating a municipal administration. It abolished all existing government structures and replaced them with diwans, or ministries: health, education, services, finance, war, judicial/security, agriculture and others. Each diwan was headed by an emir, some of them foreigners; on top of it all sat the black-clad caliph, Abu Bakr, surrounded by his military council.

The new administration was a hybrid: an attempt at running a modern-day municipality, but using behaviours, titles, dress code and language from 800 AD.

“The Islamic state was a terrorist state, but it was also a modern state,” said Azzam, the electrical engineer. “They dressed and talked like they lived in early Islam, but administratively they were excellent and ran the state efficiently.”

The department of electricity where Azzam worked was subsumed into the diwanof services, with a new boss: a French-Moroccan whose first move was to streamline fee collections.

“The process of issuing an electricity bill used to take us almost two months,” Azzam said. “When [Isis] came, they simplified the system.” All commercial activities, factories and shops now paid a fixed fee. In residential areas, Azzam said, Isis installed smart meters to provide a set amount of electricity throughout the month. “No one dared not to pay their electricity bill, fearing the horrible punishments of the hisbah [religious police],” he said. Stealing electricity was theft: you could lose your hand.

The same streamlined collection method was used for rubbish . Every street was handed to a particular garbage collector, who was paid by the residents; Isis issued cards with amounts to be paid, and inspectors came regularly to check the streets were clean and the money collected. Terror made sure everyone paid on time.

They were ingenious in envisioning new techniques to generate income. All confiscated lands, properties and factories, along with looted wealth, oil fields and cattle, belonged to the Diwan al Mal – the finance ministry – which used it to reward the faithful and generate income in a massive Ponzi scheme. Farmlands stolen from religious minorities such as the Shabak and Yazidis were offered as a share-crop investment to Isis members; Christian houses were distributed, and their cars and belongings auctioned off. Confiscated cattle provided subsided meat to Isis fighters.

Fuel extracted from Syria was sold to anyone willing to refine it. Some residents produced cheap petrol using home-made burners; others had small modern refineries. The desert roads between Iraq and Syria were packed with tanker traffic.

The trade of weapons, looted archeological artefacts, and enslaved women and girls flourished. War profiteers ensured that food products and fuel came from as far as Damascus, crossing multiple frontlines; modern equipment and medical supplies were smuggled from Turkey. 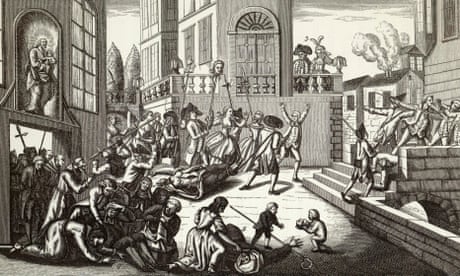 Cities and terror: an indivisible and brutal relationship

And, just as in any totalitarian society, the majority of residents bent their heads and went on with life.

One day, the scientist found his wife and daughters comforting a weeping neighbour, whose husband had interjected with Isis on behalf an old man accused of trimming his beard. Both men were flogged. All the adult males in the street were ordered to watch. When the scientist returned home, his son was furious: how can you let those people rule you?

In his journal, he tries to explain.

“People blame us for not trying to leave. My young daughter said we should all move to Kirkuk … maybe I should have listened to her. But I was afraid of the future.”

Expert: Prisons a ‘hotbed’ of extremism that can’t be cooled down