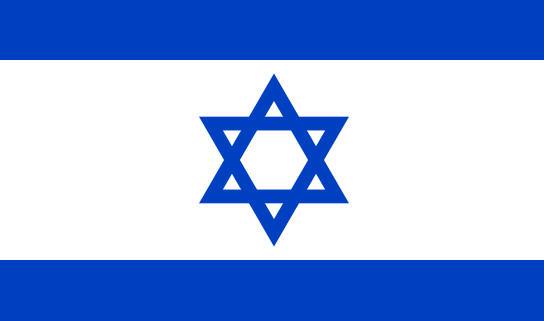 The Trump administration may be just about done allowing the PLO to use the US as its piggy bank and punching bag. The same unfortunately cannot be said of the PLO’s Israeli supporters in the media, in politics and in the top echelons of the IDF.

In his two-hour speech to the PLO’s Central Committee in Ramallah on Sunday, Mahmoud Abbas, who heads the PLO, Fatah and the Palestinian Authority, attacked Israel, Jews, US President Donald Trump, US Ambassador to Israel David Friedman and US Ambassador to the UN Nikki Haley.

The US’s first response to Abbas’s call for Trump’s “house to be destroyed” was to announce on Tuesday that it will postpone the transfer of $65 million of its annual $370m. contribution to UNRWA. UNRWA is the UN agency that serves as Hamas’s logistical base in Gaza and generally perpetuates Palestinian misery by dooming the Palestinians to four generations of destitution and limbo with no resettlement and no civil rights.

On Wednesday, Haley indicated that the hold on the funds was not going to be the administration’s last move.

Speaking to Voice of America, Haley said the administration is done being the Palestinians’ patsy.

She pointed to the PLO-initiated General Assembly resolution last month that condemned the US for recognizing Jerusalem as Israel’s capital and said, “They go and take us to the United Nations and are basically very hostile in what they say and what they do. We are not going to pay to be abused. It doesn’t make sense.”

On Thursday, Israel Hayom reported that Haley isn’t UNRWA’s only problem. The US Justice Department is conducting an investigation of UNRWA’s relationship with the PLO and Hamas for the US Congress.

Abbas said that Jews have no ties to the Land of Israel. He said the Zionist movement – that is, the Jewish national liberation movement – has nothing to do with the Jews. Rather, Abbas the historian, who got a doctorate for his dissertation denying the Holocaust, said that Zionism is a European imperialist conspiracy cooked up by Oliver Cromwell four centuries ago and implemented by mercantile mariners from the Netherlands.

True, outside the fever swamps of the radical Left, the consensus response to Abbas’s speech was condemnation. Everyone who is everyone said the mask has come off and Abbas is no man of peace, after all.

But then the news cycle passed and the excuses began.

It works out, she revealed, that Abbas only torched his relations with the Americans because he was desperate and hopeless, poor thing. His representative had just been to Saudi Arabia. The Saudis told him the details of Trump’s developing peace plan. Trump, it seems, is willing to give Abbas far less than he is demanding.

Obviously, under the circumstances, he had no recourse but to call for Trump’s home to be destroyed and to curse Trump’s ambassadors.

As ridiculous as Weiss’s scoop was on its face, it was even more ridiculous at second blush. Abbas has never met an offer he liked. In 2008, thenprime minister Ehud Olmert offered him everything he demanded, and Abbas walked away.

In 2014, then-president Barack Obama offered him even more than Olmert did.

And Abbas walked away.

So the fact that Abbas now rejects the draft of the Trump proposal is no surprise.

Weiss’s story tells us more about the Israeli media than it does about Abbas.

Her report, which every major and minor Israeli media outlet then re-reported, begs the question: What is our problem? Why do we make excuses for our enemy?

For 25 years Abbas and his predecessor Yasser Arafat, and the PLO, Fatah and the Palestinian Authority more generally, have not hidden that they are Israel’s enemies. They have said outright that they will never make peace with Israel, and seek our destruction.

And for 25 years, our media and security and political elites have made excuses for them.

Right after Arafat signed the initial Oslo Accord on the White House lawn on September 13, 1993, he jetted off to give a speech at a mosque in Johannesburg, South Africa. A courageous member of the Jewish community recorded the speech.

Arafat told the faithful that the peace process was a Koran-inspired ruse. He was simply following the example that the Prophet Muhammad set with the Quraish tribe of Jews in Arabia. When Muhammad started out, the Jews of Quraish were more powerful than he. So he signed a peace deal with them. When the balance of power shifted in his favor, he invaded their territory and annihilated them.

When news of Arafat’s Johannesburg’s speech reached Israel, the media, along with then-prime minister Yitzhak Rabin and then-foreign minister Shimon Peres, were quick to dismiss its importance.

What did you expect Arafat to say, our betters sneered? Did you expect him to be a Zionist? And anyway, what does it matter what he says? If he so much as tries to continue his terrorism, we’ll crush him like a bug and send him packing back to Tunis.

And when the suicide bombers started exploding on buses and cafes, they said it wasn’t Arafat, it was Hamas.

And when Arafat rejected then-prime minister Ehud Barak’s peace and statehood offer at Camp David in 2000, the media said it was Barak’s fault. He was rude and domineering. The two men just didn’t have the right chemistry.

Finally they said, true, Arafat was our enemy. But it didn’t matter because Abbas was replacing him and Abbas was a real peacemaker.

And when Abbas wouldn’t make peace, it was our fault. And when he financed Hamas and paid hundreds of million a year to terrorists, he had no choice. If he didn’t finance terrorism, he would be overthrown.

And when he incited terrorism and said Jews were poisoning Palestinian wells and “polluting the Temple Mount with their filthy feet,” well, he was hopeless and frustrated, and anyway, he’s really old.

The thing of it is that the public has never bought these excuses. Rabin was elected on an anti-PLO platform in 1992. And despite the fact that the media and the Left said the entire right wing was responsible for Rabin’s assassination in November 1995, the public’s desire not to be associated with the murder couldn’t surpass its desire not to be murdered. So less than six months after Rabin was killed, the public voted in the Likud and Binyamin Netanyahu into power.

But the media believe their fake news. And so do their favored politicians.

Less than 24 hours after Abbas delivered his latest anti-Jewish screed, former foreign minister Tzipi Livni and Barak himself were giving speeches and statements blaming everything on the political Right.

True, they said, Abbas is an antisemite and no partner for peace. But the Right is the real danger because its supporters won’t surrender Judea and Samaria and large swaths of Jerusalem to Abbas.

Livni and Barak’s tired claim is that the Palestinians in Judea and Samaria are so numerous that together with Israel’s Arab citizens, they will soon outnumber the Jews.

Their demographic data is specious. But assuming for a moment that they are telling the truth, they have known that Abbas and the PLO/Fatah/ Palestinian Authority is Israel’s enemy for 25 years. Is it possible that in all that time the only policy they’ve come up with is surrender?

If so, why is it so? What is their problem?

Did they never consider militarily defeating the Palestinians?

Or how about restoring their right to vote in the Jordanian parliament, which Jordan’s King Hussein illegally stripped them of in 1988?

Then there is Gaza. There’s been an independent Palestinian state in Gaza since 2005. Why can’t they vote there?

And then there is the fact that according to Palestinian surveys, more than a million Palestinians in Gaza, Judea and Samaria wish to emigrate. Whole villages around Ramallah are ghost towns because their residents live elsewhere. Why is this not relevant to the likes of Livni and Barak?

Why do the Israeli media fail to report these basic facts rather than make excuses for a tin pot dictator who spends his time inciting the murder of Israelis and pretending that the Palestinians are the Canaanites, the Philistines, the Jebusites and the Hittites, all rolled in one?

According to The Jerusalem Post, Trump intended to cut off US funding of UNRWA entirely this week. But US Secretary of State Rex Tillerson, Defense Secretary James Mattis and National Security Adviser H.R. McMaster convinced to simply reduce it.

According to the Post, “Israel” sided with the trio. But other reports over the past several weeks made clear that whereas Prime Minister Binyamin Netanyahu supports ending US support for UNRWA, the IDF General Staff opposes the move. Likewise, the IDF has scuttled repeated congressional bids over the years to end US funding of the Palestinian Authority due to its funding of terrorism and its antisemitic incitement.

The arguments are always the same. UNRWA, like Abbas’s security forces, “stabilizes” the situation.

Is there no one else who might “stabilize” the situation better than they do? Where might the Palestinians be today if the US had cut off their terrorism-encrusted leaders 17 years ago? Is there no option other than empowering regimes and institutions that indoctrinate and work toward Israel’s destruction?

Netanyahu responded to Abbas’s diatribe by saying that in a way, Abbas did Israel a favor. He showed that he really doesn’t care how big or small Israel is. He rejects Israel’s right to exist and objects to its existence regardless of its borders.

Netanyahu’s insight is true as far as it goes. But so long as the same failed and vapid elites who gave us the PLO as our peace partner 25 years ago still call the shots, his insight doesn’t go very far at all.

A version of this piece also appeared on The Jerusalem Post