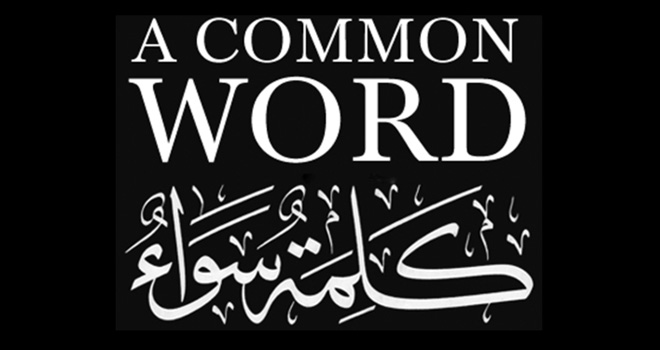 If you’ve seen the movie version of Porgy and Bess, you might recall Sammy Davis Jr.’s rendition of “It Ain’t Necessarily So.” At a church picnic, Sportin’ Life, a somewhat disreputable character, tries to convince the others that “the things that you’re liable to read in the Bible, It ain’t necessarily so.” He then proceeds to cast doubts on several Bible stories—David’s defeat of Goliath, Jonah’s sojourn in the whale, and Methuselah’s 900-year life span (“who calls dat livin’ when no gal will give in to no man what’s nine hundred years?”).

The song is amusing and slightly shocking—more shocking if you’re a fundamentalist Christian who believes that every word of the Bible is meant to be taken literally. Of course, such attacks on the credibility of the Bible are less of a problem for those Christians who realize that not all of scripture is meant to be understood in the literal sense.

There is, to my knowledge, no equivalent of “It ain’t necessarily so” in the Muslim world. And if there is, the lyricist is probably in hiding and living under an assumed name. That’s because the Koran is understood by Muslims to be the literal word of God, written in the mind of Allah before creation and dictated by the Angel Gabriel to Muhammad in the seventh century. You may think that Muhammad composed the Koran, but Muslims do not. To their mind it was composed by Allah and is thus unchangeable and beyond criticism.

Currently, most of the “debate” over the Koran concerns its contents. Does the Koran command violence, as some say? Or does it commend peace, as others, including many Catholic clergy, say? Thus, those on different sides of the Islam-means-peace debate tend to throw verses back and forth at each other.

But the question of content ought to be secondary to the question of authorship. Because if Allah didn’t write the Koran, what does it matter what verse such-and-such says? If the whole thing was made up by a merchant-turned-warrior named Muhammad, why risk your neck waging jihad?

That’s a question for Muslims to ponder. What Catholic leaders need to ponder is why they’ve allowed themselves to get roped into what might be called the “common word” approach to Christian-Islamic relations. The Common Word Initiative began in 2007 with an open letter to the Christian world signed by 138 Muslim scholars. The letter was entitled “A Common Word Between Us and You,” and it’s purpose was “to declare the common ground between Christianity and Islam.” As the Common Ground website maintains, “despite their differences, Islam and Christianity not only share the same Divine Origin and the same Abrahamic heritage, but the same two greatest commandments.” If that’s so, then the current Catholic approach makes sense. Instead of focusing on differences, you emphasize the common ground between the two religions. In particular, you try to convince extremist Muslims and “fundamentalist” Christians alike, that, in the words of Pope Francis, “the proper reading of the Koran is opposed to every form of violence.”

The pope, along with others in the hierarchy, seem to have convinced himself that “authentic” religions are always about peace and justice. Ergo, an authentic reading of the Koran must produce peaceful results. Thus, in a talk to immigrants, Pope Francis once counseled Christians to expel hatred from their hearts by reading the Bible, and Muslims to do the same by reading the Koran. This is consistent with the Common Word thesis that both religions share much common ground and, in particular, that they share “the same Divine Origin.”

But that’s the main point at issue, isn’t it? How can you say that both books share the same divine authorship when one of them flatly contradicts the other on numerous key points such as the Trinity, the Incarnation, the Crucifixion, the Resurrection, and the means of salvation?

It’s true that the Koran shares common material with the Bible. That’s because Muhammad borrowed freely from the Bible. He included stories about Adam, Abraham, Noah, and Moses—all of them retold in ways that suited his own purposes. But that’s hardly an argument for the divine origin of the Koran. If I produce a book which contains stories from the Old Testament, I can’t very well claim that my book is thereby of divine origin. If I claimed that my book was the result of a direct revelation from God, you would be justified in having grave doubts. If I claimed that my book predates the Old and New Testaments, you would certainly question my veracity. If I maintained that the Old and New Testaments were deliberate distortions of the true book delivered to me by an angel … well, you get the picture.

The Common Word Initiative is very much to the advantage of Muslims, but it makes no sense for Christians to subscribe to it. Muhammad borrowed stories from the Bible that predated the Koran by hundreds and even thousands of years, added in material of his own, and then declared that his version was the authentic one. Why should Christians wax enthusiastic over that? Yet the Common Word Initiative received a warm welcome from hundreds of prominent Christian scholars and numerous Christian institutions.

Some of the warm reception may be due to the fact that there are 1.6 billion Muslims in the world, and no one wants to upset them. So let’s consider the same issue in regard to a much smaller religion. The Book of Mormon also shares much in common with the Bible. Yet Catholics don’t treat the Book of Mormon as though it were on a par with the Bible. Once again, authorship is crucial. Catholics don’t believe the Book of Mormonwas delivered by an angel from God as Mormons believe. Catholics believe it was written by a man named Joseph Smith circa 1830 in Western New York. Hence, there is little point in trying to reconcile the Bible with the Book of Mormon. Nor is there much sense in trying to convince Mormons that if they only read their scripture in the right way, they would see that it corroborates the traditional Christian understanding of God’s revelation. The whole effect of such a project would be to give the Book of Mormon a legitimacy it doesn’t deserve.

For the same reason, Catholics should be cautious about the Common Word approach. The danger in accepting the “same Divine Origin” thesis is that it grants an unwarranted legitimacy to the Koran. And that, in turn, sends the wrong message to both Muslims and Christians.

You’re probably seen that photo of Pope John Paul II kissing the Koran. He most certainly meant it not as an endorsement of the Koran, but as a gesture of respect for the billions of Muslims for whom the Koran is a holy book. Still, the gesture caused a good deal of concern and consternation for many Christians. And rightly so. Should he have kissed the Book of Mormon for the similar reason that it is holy scripture for Mormons? Should he have kissed the Communist Manifesto because it reflects the sincere belief of communists all over the world?

It makes sense for Catholics to discuss different interpretations of scripture with Protestants, Orthodox, and Jews because all these faiths start from the same original revelation. There is much less point in trying to reconcile the Bible with the Koran, because one is a real revelation and the other is not.

Although Muhammad included stories from the Old Testament, and although the Koran recognizes Jesus as a prophet, the book has no more claim to being a revelation from God than does the Book of Mormon. Like the Koran, the Book of Mormon “honors” Jesus, but it’s still a fabrication.

While it’s not advisable to go around calling the Koran a fake, it’s not advisable to treat it with great respect and excessive deference either. Excessive deference? Here’s an example. The Southern Command guidelinesfor military personnel at Guantanamo Bay mandate that personnel wear clean gloves when they touch the Koran. The guidelines also require that the Koran be handled in a “manner signaling respect and reverence.” “Handle the Koran,” states the guidelines, “as if it were a fragile piece of delicate art.”

A good many scholars, theologians, and bishops also seem to have fallen into the politically correct habit of treating the Koran “as if it were a fragile piece of delicate art.” That’s unfortunate. Since the Koran is the main generator of Islamic violence, it warrants a critical examination. It ought to be subject to the same kind of historical and textual criticism to which the Bible has long been subjected. Muslims and Christians alike ought to be free to say that many of the claims contained in the Koran “ain’t necessarily so.”

By the way, the Common Word Initiative is based on a passage in the Koran—verse 3:64. Here is the Yusuf Ali translation:

Say: O people of the Book! Come to common terms as between us and you: that we worship none but Allah; that we associate no partners with Him; that we erect not, from among ourselves, lords and patrons other than Allah (3:64).

A translation into contemporary English would read something like this:

Listen, Christians! Agree with us that Jesus is not the Son of God, and that God is not a Trinity, and then we can talk.

That is the price of entry into the Common Word club.