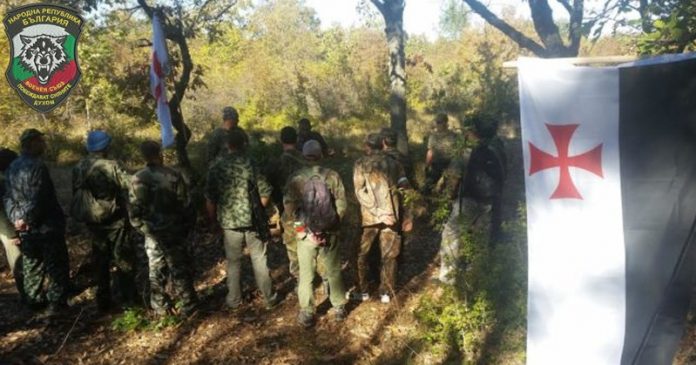 They are not officially sanctioned by the government but are very popular with the people. They have been known to tie up Muslim invaders and humiliate them before forcing them back over the border. Bulgarians know all too well the problem with Muslims, as they are 20% of the population.

Bulgaria’s very own migrant hunter who catches illegal alien Muslims and forces them back over the Turkish border.

The Sun  A NOTORIOUS “migrant hunter” who described rounding up Muslim migrants as a “sport” has sparked panic after buying himself a helicopter gunship. Dinko Valev, 29, has already amassed a private arsenal of military-spec vehicles, leading human rights activists to worry his vigilante actions are being supported by the Bulgarian government.