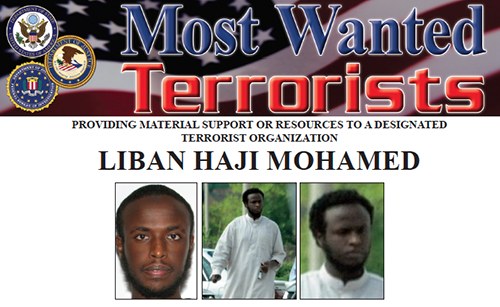 Of all the countries on President Trump’s list of 11 banned from sending refugees, Somalia has by far the worst track record of assimilation.

That ban expired last week and the U.S. will start accepting refugees again from the 11 high-risk nations, although Trump promises a more “extreme” vetting.

Vetting, however, offers few guarantees that the refugees will become good Americans. Many of the Somalis who have run afoul of the law came here as child refugees, making them impossible to vet.

Recently we learned the Somali refugee who knifed two brothers at the Mall of America was not responding to a confrontation over an attempt to steal clothing – a false narrative put out by Bloomington police last November – but actually carried out an unprovoked act of jihad.

How do we know this? He admitted it in late January with a public statement to the court.

In the prepared statement, Mahad Abdiraham said he went to the Mall of America on Nov. 12 to “answer the call for jihad by the Chief of Believer, Abu-bakr Al-Baghdadi, may Allah protect him, and by the Mujahiden of the Islamic State.”

Just before Christmas we learned of a knife attack on an innocent woman, Morgan Evenson, while she was walking home from work at the Apple Store in Minneapolis. She was stabbed 14 times by a man described as Somali. That man remains at large and the Minneapolis police falsely described the attack, again, as a failed robbery. This despite the fact that he never reached for his victim’s purse.

The parade of Somali knife attacks continued last week when Khadar Hassan, 24, of St. Cloud was arrested and charged with second-degree assault for allegedly stabbing a woman he’d had a previous relationship with and was ordered to stay away from, the St. Cloud Times reports.

There are now an estimated 75,000 to 100,000 Somalis living in Minnesota. Many of the resettlements in the St. Cloud, Austin, St. Joseph and Willmar areas have been driven by the meatpacking industry.

And now Somali crime is starting to leak across the border from Minnesota into South Dakota.

Lutheran Social Services, which operates a refugee resettlement office in Sioux Falls, has offloaded more than 4,500 Somalis over the last decade.

But many of the Somalis resettled originally in Sioux Falls migrate to Aberdeen in search of work at Demkota Ranch Co., which runs a beef packing plant in the city. The latest group of approximately 50 Somalis arrived in Aberdeen on a bus in December, sources in the community told LeoHohmann.com.

South Dakotans are beginning to get a taste of the crime that has plagued Minnesota.

A Somali refugee was convicted last year for trying to sexually assault a wheelchair-bound mentally disabled woman at a group home in Aberdeen. Liban Mohamed, 39, had been in Aberdeen only a few days when he wandered away from the White House Inn, where he was living while hoping to land a job at the beef plant, and found the vulnerable woman sitting outside the group home. If a caretaker had not walked up and seen him with his hand reaching between the woman’s legs, there is no telling what he was planning to do next.

There have also been several shootings by Somalis in South Dakota.

In the summer of 2016, two Aberdeen men were shot at, one hit and wounded, in the street outside the Foxridge Apartments. The alleged shooter was Abdirhman Ahmad Noor, 24, who walked up to the injured man lying in the street and shot him a second time in the head. He miraculously survived, but Noor, who came to the U.S. as a child refugee, was charged with attempted murder and released on $50,000 bail. He never showed up for his March 2017 court hearing. Noor remains unaccounted for to this day.

South Dakota State Senator and GOP congressional candidate Neal Tapio is leading perhaps the nation’s most aggressive fight to expose the fraud of Islamic refugee resettlements from Somalia and other jihadist hotbeds. Tapio has introduced a series of bills and resolutions that seeks to end high-risk resettlements in his state.

“While many people see compassion to serve the less fortunate, the truth is the Somali community has not been able to assimilate and has proven to be a major terror threat in the United States,” Tapio said.

“Together with nebulous forces in the multinational meatpacking corporations, resettlement agencies and anti-American Islamic organizations with ties to terrorist networks, the Muslim Brotherhood, along with willing accomplices in the media, these policies to force relocation of proven subscribers to Islamic fundamentalism need to be exposed and crushed,” Tapio added.

Along with the cases cited above, the following list of documented examples shows a rather dubious record of behavior by Somali refugees and their family members.

Refugee proponents, many of them working for resettlement agencies that receive government tax dollars for every refugee they bring into the U.S., continue to say Somalis are an asset to the communities in which they live. But those words ring hollow for the growing list of victims of Somali violence.

Those Americans shot or stabbed by Somali refugees, or raped by them, are seen by governing elites as mere collateral damage for what equates to a human-trafficking operation that brings billions of dollars into the coffers of resettlement agencies, and a steady supply of cheap labor for meatpackers, hotels, cab companies and other industries.

And now that the refugee ban has expired, dozens of cities of all sizes can look forward to a new influx of unvettable refugees from this perpetually war-torn country.

“The future fortunes of this nation depend on our ability to open our eyes and ears, to speak truth to lies and to prevail in the civilizational war of this age,” Tapio said.

Leo Hohmann is a veteran journalist and author of the 2017 book “Stealth Invasion: Muslim Conquest through Immigration and Resettlement Jihad.” If you appreciate this type of original, fact-based reporting on topics others are afraid to investigate, please consider a donation of any size to this website.