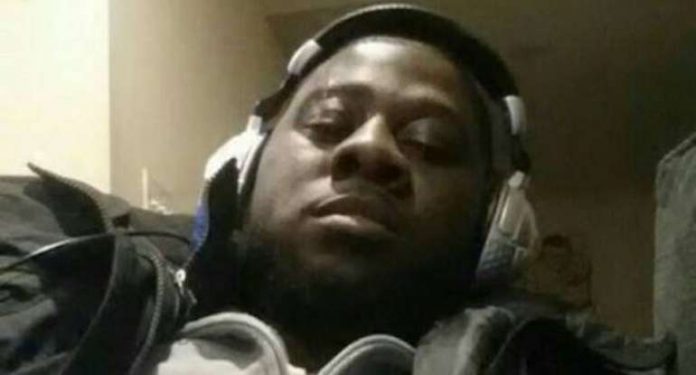 A Philadelphia story was lost amidst last week’s pre-Super Bowl hype: the hit-and-run incident last Monday, where the driver of a car appeared to intentionally run over a pedestrian and was fatally shot by an off-duty police officer.

Now there are more details about the incident, including the subject’s name: Khalil Lawal of Arlington, Virginia.

And it appears the FBI, which is now involved in the case, is looking at terrorism as one of the possible motives for Lawal’s hit-and-run.

As I reported here at PJ Media last Monday, witnesses claimed Lawal was driving in South Philly and apparently trying to hit pedestrians. He did hit a pedestrian; then another vehicle moved to block his path. An off-duty detective moved towards Lawal’s car, at which point Lawal exited the car and fought with him. The officer then fired several rounds at Lawal, fatally striking him in the head.

Multiple cameras reportedly caught the confrontation between Lawal and the off-duty officer.

Philadelphia police are investigating both the hit-and-run and the shooting. The off-duty detective is on administrative leave while the investigation is ongoing.

Last Friday, the Philadelphia FBI office put out a public request for any information on Lawal or anyone who saw his vehicle:

Lawal’s Facebook page showed a combination of Quranic verses, pictures of guns, money, cars and gold watches, items related to the bombing of Muslims overseas, and an assortment of conspiracy theories.

One of Lawal’s Facebook posts last July complained about media coverage of terror incidents in which Muslims were involved: 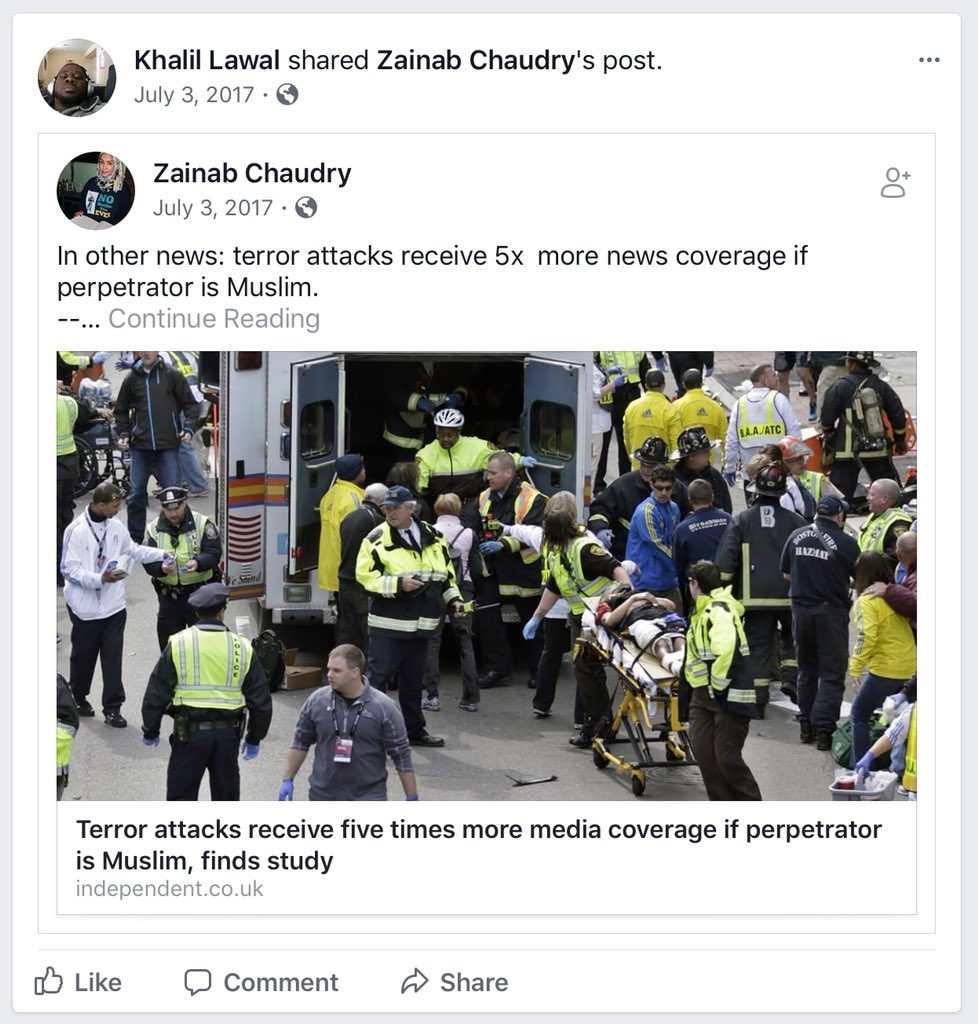 He identified his occupation as music producer and engineer.

Perhaps coincidentally, the hit-and-run by Lawal occurred as the trial of Edward Archer was concluding last week in an ISIS-inspired shooting of a Philadelphia police officer.

Archer ambushed Philadelphia officer Jesse Hartnett as he sat in his police car in West Philly on January 7, 2016, shooting him 13 times in the left arm, shattering his bone and causing extensive nerve damage. Hartnett, who testified during the trial last week, was able to shoot Archer in the butt as he fled. Archer was chased by an injured Hartnett and quickly apprehended by other officers a few blocks away.

At the time of his arrest, Archer said he had pledged allegiance to the Islamic State. During trial proceedings, Archer said that he “wouldn’t plead to anyone but Allah.”