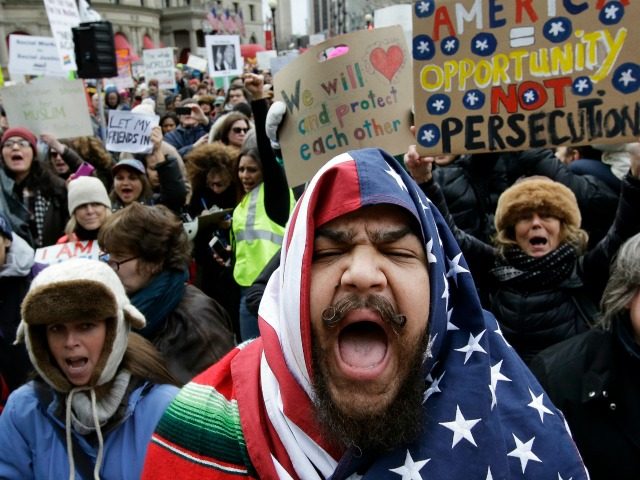 Four months into FY 2018, refugee admissions into the United States have plunged to 6,708, the lowest level this far into a fiscal year in 15 years.

The 6,708 refugees admitted into the United States for the first four months of FY 2018 represents a 79 percent decline from the 32,448 admitted during the same four month period of FY 2017, all but ten days of which took place during the Obama administration.

Refugee advocates and the non-profit voluntary agencies (VOLAGs) that have collectively been paid more than $1 billion annually by the federal government for decades to resettle refugees were hopeful that a slight monthly increase in refugee admissions that had occurred from October to December might continue into January, but they were sorely disappointed.

Christian refugees as a percentage of all refugees admitted were higher in January 2018 than in the first quarter of FY 2018, and Muslims were slightly lower.

The country of origin for arriving refugees in January 2018 differed somewhat when compared to the first three months, the first quarter, of the fiscal year.

On January 29, the Trump administration lifted the ban on refugees from 11 “high risk” countries, but also announced that “additional security measures will be put in place for certain claimants.”

The new measures, to be implemented by the Department of Homeland Security, as Breitbart News reported, include:

Time magazine, however, reported that “The administration won’t publicly confirm the 11 countries. But officials say they intend to review the list and update it six months from now.”

It is unclear what impact the lifting of the restriction on admissions from these 11 “high risk” countries combined with the stricter security measure will have on the number of refugees admitted to the United States over the remaining eight months of FY 2018.