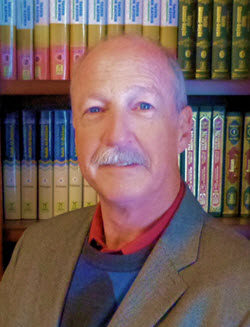 Sami al-Arian recently stated, “”The United States, which gives Israel so much confidence, is our enemy.”  According to the Investigative Project on Terrorism al-Arian made this statement on January 30, 2018 at a conference in Turkey.

You might recognize this name because in U.S. federal court in 2006 al-Arian admitted to providing services to the Palestinian Islamic Jihad (PIJ), a terrorist organization that calls for the destruction of Israel.  And the sentencing judge stated that al-Arian was a leader in the PIJ.  Al-Arian was deported to Turkey in 2015.  As I showed in my articlelast year about the American Muslim Alliance (AMA), the AMA had supported al-Arian for many years prior to his deportation, and had even called him a “political prisoner.”

The AMA is now headquartered in Des Moines under the chairmanship of Iowa State Representative Ako Abdul-Samad.  Abdul-Samad has repeatedly talked about giving the AMA a “new face.”  However, two pictures of al-Arian are still on the AMA Facebook page as I write this.

Before being deported in 2006 al-Arian had referred to the U.S. as the “great satan.”  Just a few days ago he said the U.S. was an “enemy.”  Nevertheless, the AMA still supports him with his pictures on their Facebook Page.

It is time for folks to start calling for Abdul-Samad to renounce the AMA’s history of support for al-Arian and other terrorists.  Last year I sent a number of e-mails to Abdul-Samad asking him to do so, among other things, but he never responded.  I was recently advised that Abdul-Samad refuses to speak with me.

It’s time to get involved.  Please take another look at my article about the AMA.  Is this the kind of organization we want to have headquartered in Des Moines?  Why does the AMA still support al-Arian?  Here is Abdul-Samad’s e-mail address: ako.abdul-samad@legis.iowa.gov.

Thanks to Militant Islam Monitor for letting me know about this latest statement by al-Arian.