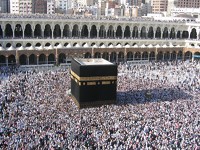 In 2012 I attended a Town Hall meeting in California. You know, those “Town Hall” meetings that politicians are fond of, assuring their constituents they are on the right side of issues, fighting for the rights and freedoms of all people. The topic of this meeting was on the compatibility of the U.S. Constitution and sharia, otherwise known as Islamic law. The event was hosted by the Islamic Society of Orange County, one of the largest mosques in Southern California and whose Imam is well connected in Washington, DC. It was attended by a host of dignitaries in southern California: The Los Angeles County Sheriff of the time, the LAPD Assistant Chief and LAPD’s counter-terrorism expert, a host of state and national political leaders including Congresswoman Maxine Waters. All were singing the praises of sharia and assuring constituents they have nothing to worry about. Sharia is just grand.

No doubt other such meetings have taken place throughout the USA.

This article will lay to rest any and all such ignorant notions. I will serve as the source of information lacking in those who hold this view. Feel free to share this article with the uninformed and ignorant.

Before we can answer the question about the compatibility between sharia and our Constitution, we first need to define what sharia is exactly.

The word ‘sharia’ simply means ‘the path.’ But in Islamic theology it isn’t just any path. It is said to be the straight path of guidance given by Allah via the Qur’an. But one can only know how to follow the path of guidance by following the example of Muhammad. In essence, Muhammad’s life was a real-time commentary on the proper interpretation of the Qur’an, so to follow the Qur’an’s guidance, one follows the example Muhammad set by his words and actions.

The key verse in the Qur’an is Sura 33:21 which says, “Ye have indeed in the Messenger of Allah a beautiful pattern (of conduct) for any one whose hope is in Allah and the Final Day, and who engages much in the Praise of Allah.” In other words, any Muslim who hopes to achieve paradise on that final day must emulate Muhammad to the best of his ability.

What Muhammad said or did in various circumstances are recorded in volumes of traditions known collectively as hadith. There are various collections of hadith, each known by the individual who compiled the traditions. For Sunni Muslims the two most authoritative hadith collections are by al-Bukhari and Imam Muslim.

Thus, all of sharia is based on what Muhammad said, acted upon, or gave either explicit or implicit permission to do. Sharia is Muhammad, Muhammad is the living commentary on the Qur’an. And the Qur’an is the literal Word of God to Muslims. Thus, sharia is the set of rules and regulations specified by Muhammad who interpreted the Qur’an for mankind. One can only obey the Qur’an by following sharia.

All Muslims adhere to sharia. They must. To separate sharia from Islam is impossible. Islam is sharia; sharia is Islam. In fact, a few years back when Tennessee was having a debate about an anti-sharia state law, a prominent Muslim attorney in Dearborn observed, “Islam is sharia; sharia is Islam. The two cannot be separated, and thus Tennessee’s law is unconstitutional because it is an attack on a religion protected by the First Amendment.” Note what he said: To take a stand against sharia is equivalent to standing against Islam. Thus, for all Muslims, observing sharia is an integral part of the practice of Islam.

SHARIA AND THE CONSTITUTION

The best way to approach this subject is by way of compare and contrast. In viewing sharia by way of a well-known document accepted by a majority of Islamic nations and contrasting that with another well-known document accepted by a majority of the free world and which also forms the basis of our Constitution, one can quickly and easily see that sharia and our Constitution are at odds with one another in nearly every area of interest.

Also known as the Universal Declaration of Human rights, it was adopted in 1948 by most nations but encountered opposition by Islamic nations, most notably Saudi Arabia, which claimed it violated sharia. There are several articles which contravene Islam.

The UN or Universal Declaration on Human Rights was deemed offensive to many Islamic nations, who failed to adopt it in 1948 when the rest of the world did so. Nations governed by sharia could not agree to the UN Declaration for the reasons I have already addressed.

In response, the Organization of Islamic Conference in 1990 crafted their response to the UN Declaration. They called it the Cairo Declaration on Human Rights in Islam and was named after the city in which several Islamic nations adopted the document as the basis for defining human rights. I will not detail here why the Cairo Declaration stands in opposition to the UN Declaration, and thus the US Constitution. The bulleted highlights below say all that needs to be said in this regard.

Moreover, nations which advocate sharia must be willing to embrace the following, which are allowed under sharia, in addition to what has already been mentioned.

After this analysis if you still believe sharia is compatible with western values and particularly the US Constitution, I am at a loss for words. I might recommend you find a good psychiatrist.