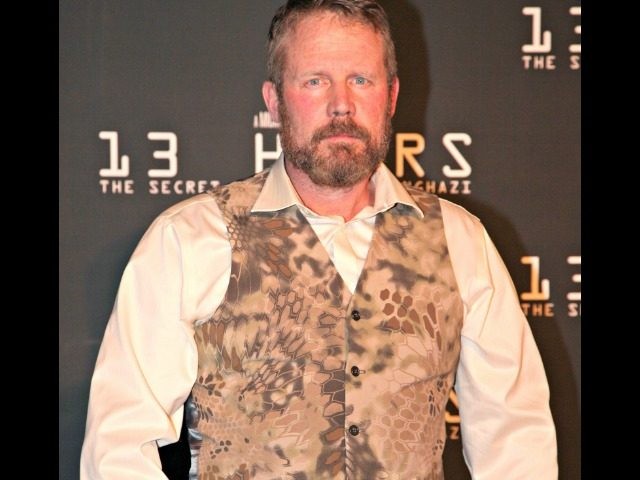 Mark “Oz” Geist spoke eloquently on a panel about the challenge U.S. military members face transitioning from the battlefield to the workforce.

But he wasn’t prepared for what happened next at the American Conservative Union’s Conservative Political Action Conference outside Washington, D.C., on Saturday.

Geist, who served as a Marine, sheriff, and police officer before working for the federal government as a security consultant, was chosen for CPAC’s annual Defender of the Constitution award.

Geist’s security work led to his being sent to Libya, where he survived the 2012 terrorist attack on the U.S. diplomatic compound in Benghazi in which U.S. Ambassador to Libya J. Christopher Stevens and U.S. Foreign Service Information Management Officer Sean Smith were killed. CIA contractors Tyrone S. Woods and Glen Doherty also were killed in the attack.

Lee said that Geist didn’t accept the “stand down” order given in Benghazi but instead tried to save lives during the terrorist attack.

“Mark is a defender of freedom,” Willes Lee, ACU board member, said. “I am proud to call Mark Geist my friend.”

“Through his sweat and blood he has defended our Constitution,” Lee said.

“His arm is smashed; his legs and face is sliced by all that crap that flies through the air in combat,” Lee said. “You don’t feel fear when you’re fighting, but after the fight, your body goes through these trembles.”

“It’s the adrenaline running out of your muscles,” Lee said. “You can describe that in the book; you can show in the movie. What you can never describe is the smell of combat.”

“Mark always looks you [directly] in the eye when you speak to him, except when you call him a hero,” Lee said. “And then he’ll divert his eyes and he’ll say, ‘No, I was just doing my job.’”

Lee said Geist announced when he was in kindergarten that he wanted to be a soldier. In interviews, Geist has explained his family’s military history, including his grandfather, who served under General George S. Patton during World War II.

“We thought it was prime time that we give the Defender of the Constitution award to someone who has physically — physically –defended the Constitution,” Hallow said, noting that past recipients include Attorney General Ed Meese, House Speaker Newt Gingrich, and Vice President Dick Cheney.

“We think this document is perfect for honoring and thanking you for your service for defending our country and our Constitution with grace, modesty, and dignity,” Hallow said.

“You know we have a lot of freedoms in this country, and they come with sacrifice,” Geist said in accepting the award. “Some of us in our military and working as contractors make that ultimate sacrifice.”

“And for us that don’t — are able to continue on — for me, it’s about making that worth it. We live our lives going forward to make it worth the sacrifice that all those guys that didn’t come back home have done,” Geist said.

“So every day think of going forward and making sure that you are living your life to the fullest; following your dreams; doing everything to make the sacrifice they’ve made worth it,” Geist said.

Such an honor today to receive this award. I humbly except it and commit myself to continue protecting and serving this country and our Consitution. Thank you @NRA @CPAC and the people of this great country. #CPAC18 #CPAC #OZ https://t.co/39gHqWpQsX

Lee said even after years of military service and time spent in law enforcement, Geist is still helping other contractors and their families through an organization he founded with his wife Krystal.

Our goal with the Shadow Warriors Project is to create a better everyday life for as many American contractors and their families as possible. We decided to start SWP when Mark returned home from an incredibly dangerous operation. He was hurt both mentally and physically and we wished there was a system that could have helped us repair.

“Stand strong,” Geist told the crowd as it rose to its feet. “The Constitution’s there.”

“We’ve got to stand behind it because they want to tear it down,” Geist said. “Thank you for supporting us that defend it.”