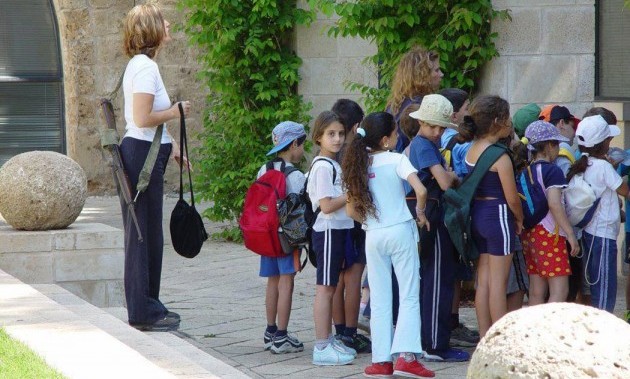 In the wake of the Parkland, Florida, school shooting that claimed 17 lives last week, there has been a renewed debate surrounding gun control and children’s safety, leading some to make a comparison to the changes Israel made in response to a terror attack more than four decades ago.

In 1974, Palestinian terrorists took over the Netiv Meir Elementary School in what has been called the “Ma’alot Massacre,” which left 22 children dead and many others injured.

The attack forced Israel to come up with a solution in order to prevent such a situation from ever happening again. The nation requires its schools to have a security system, and that policy is still going strong after 40 years.

The results are clearly evident, as there have only been two successful attacks at Israeli schools since 1974, according to Dr. Ted Noel, writing in American Thinker. Noel wrote that “in both cases, the bad guys were killed by armed teachers.”

According to Red State, Israel’s Ministry of Education funds school security, which ranges from shelters and fences to armed and trained guards at every gate.

To take it a step further, Israel also prepares its students and teachers for the slight chance a gunman does get through security by teaching them to be proactive in times of terror by barricading a door or sensing the ripe opportunity to get away safely.

The guards on the doorsteps of Israel’s schools are also trained to look for any suspicious activity, which usually deters anyone with ill intent from entering in the first place.

That added layer of protection, argues Noel, is a proactive step in shielding children from the gunman. Once the shooters are past school gates, the damage is irreversible and quick to happen since any and all faculty and students immediately become targets.

“The Israelis saw this and got busy,” Noel wrote. “They knew that the vast majority of terror attacks are stopped not by police, but by armed civilians.”

“So they started training teachers in firearms use,” he added. “Those teachers took out the bad guys in the two incidents since the Ma’alot Massacre.”

Noel wrote that once a shooter is no longer in a “free fire zone,” the situation — and the possible outcome — is likely to change, as he becomes a potential target.

“On top of that, he doesn’t know which of the staff might be ready to shoot, or where they might be coming from,” Noel said. “In short, only an idiot would try to shoot up a school with a trained staff of shooters.”

This sentiment was echoed by CNN‘s Steve Cortes, who suggested that guns may not be the problem in the U.S. as much as America’s lack of security when it comes to its children. Cortes compared Wednesday’s shooting not just with Israel, but a disaster that didn’t involve any bullets whatsoever.

“Since the awful Our Lady of the Angels elementary school fire of 1958, which killed 92 students and 3 nuns, there has not been a large casualty school fire in America,” Cortes wrote. “Why? Because we took myriad precautions since then: better fire exits, more extinguishers and sprinklers, routine fire drills, etc.”

“Water squelches a fire,” he added. “And only a gunman, I would argue, can stop another gunman.”

The recent conversation around gun control suggests that an added layer of protection would not only improve school security but also prevent the government from infringing on the Second Amendment, as well as prove that guns aren’t necessarily the problem — people are.

Cortes added to this idea when he argued that stricter gun control laws have failed the world, as seen in the 2015 Paris Bataclan nightclub attack and numerous other incidents, as those who wish harm upon others will always find a way to do so.

“Evildoers, by definition, do not respect our rules and will find ways to skirt them,” Cortes added, suggesting the only sure-fire way to combat these horrific acts is to improve school security and put America’s children first.

“Let’s value our children like the treasure they are and guard them accordingly,” he said. “How? Let’s start with key cards, fences, entry checks, biometric scanners, and — yes — armed guards, and a lot of them.”