UTRECHT, Netherlands (JTA) — To the dozens of revelers of this city’s main Purim party, a Jewish grandmother who cooks the event’s annual Persia-themed holiday feast is a rare communal asset.

Since she immigrated to the Netherlands in 2012 from her native Iran, the soft-spoken newcomer has been volunteering with the local Chabad House, preparing delicious traditional dishes with exotic spices, such as saffron-flavored yellow rice and chicken, for Utrecht’s celebration of the holiday.

Her contribution has added prestige to the event, which has been featured in regional and national media thanks to the authentic touch she adds. (After all, the story behind Purim is set in Persia, celebrating the rescue of that country’s Jews from a communal death sentence.)

But only a few of the locals who know Sipora (not her real name) are aware that she is both an illegal alien in the Netherlands and a refugee with a death sentence hanging over her own head in Iran for political offenses.

Sipora, 60, was sentenced in absentia to death by public execution in 2013 by a Tehran court that convicted her of “violating Islamic rules [of the] Islamic Revolution” and “anti-regime activity.” Her crime: running an underground organization that found housing solutions for women with abusive husbands who could not obtain a divorce.

Luckily for Sipora, she had already left Iran a year prior to her sentencing to help with the pregnancy of her daughter — herself a political refugee who has been living in the Netherlands since fleeing her native land in 2010. Sipora’s daughter, Rebecca, fled in connection with her involvement in the making of a documentary film about the fight for democracy in Iran.

“A few weeks after I came to Holland, I called my husband on the telephone. He asked me to go on Skype. I knew something was wrong,” Sipora recalled. 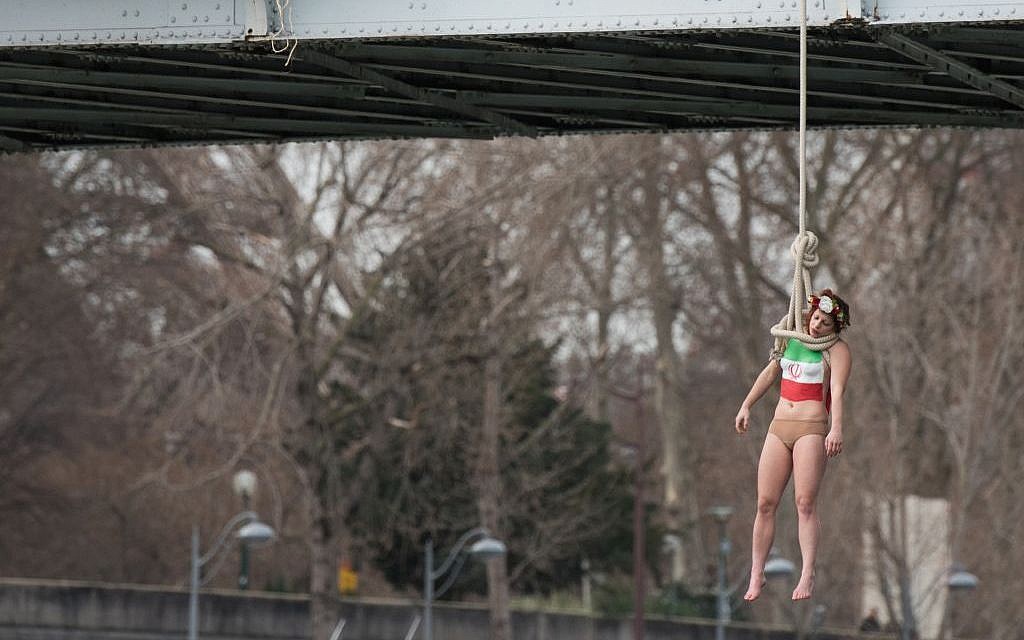 Illustrative: An activist hangs from a noose-like rope from a Paris bridge to call attention to the large number of executions in Iran, January 28, 2016. (AP Photo/Zacharie Scheurer)

Sipora’s husband of over 40 years, a Jewish building contractor with a heart condition, told her online that Iran’s dreaded secret police were looking for her and other members of her group.

“In that moment I knew there is no going back,” Sipora recalled.

Unfortunately for her, Sipora’s legal troubles back home coincided with a toughening of immigration policies in the Netherlands, where the center-right ruling party is bleeding votes in favor of the anti-Islam Party for Freedom, which favors a shutdown of immigration from Muslim countries.

Rebecca received a temporary residency permit and later citizenship without delay even though she had no death sentence against her in Iran. Meanwhile, the Dutch Immigration and Naturalization Service has consistently declined requests by Sipora two years later. Instead, she is in legal limbo — neither granted asylum nor deported, despite her whereabouts being known to authorities.

The Dutch Immigration and Naturalization Service did not reply to a query from JTA about Sipora’s status. 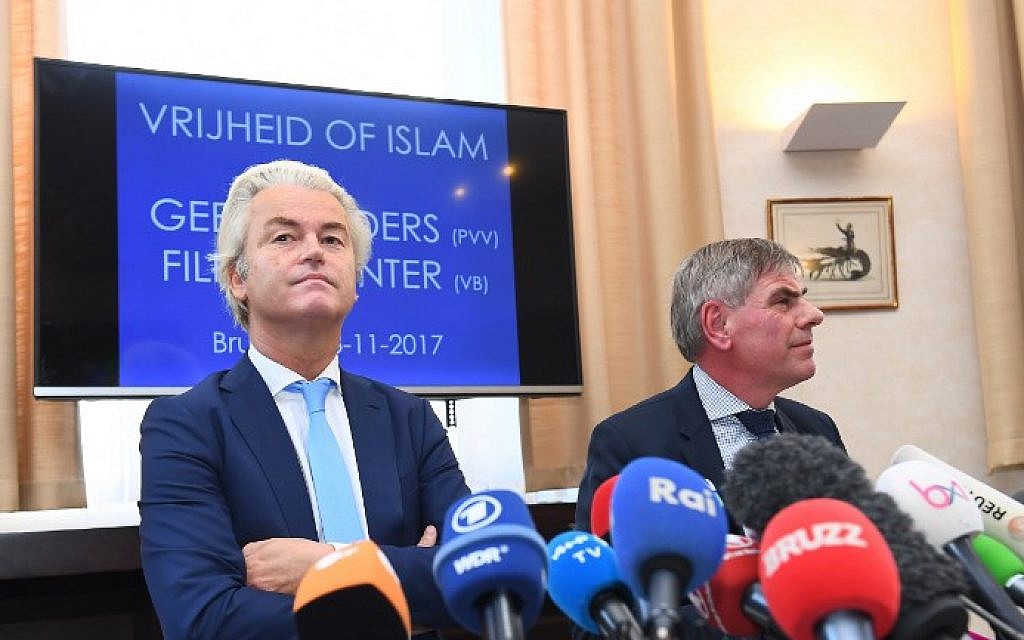 A teacher of Persian who speaks neither Dutch nor English, Sipora lives with her daughter and grandson in relative social isolation and uncertainty. Her eyes well with tears as she explains through an interpreter that she is getting used to the thought of never again hugging her husband.

Yet Sipora has no regrets over helping the abused wives for whom she found shelter — sometimes inside nearly finished apartments constructed by her husband, a building contractor.

“I would do the same thing all over again,” Sipora said. “For all my problems now I have family who care for me. These women have no one, only enemies hounding them, and no rights before the law.”

Following the latest crackdown on alleged opposition activists in Iran, Sipora’s husband told her he is under close watch and unlikely to be allowed to leave the country. This is part of the reason that Sipora does not want to immigrate to Israel, or make aliyah, though she is eligible for it.

“I could leave for Israel tomorrow, but then my husband’s fate is sealed,” Sipora said. “For a Jewish family to flee for Holland is one thing, but if I go to Israel he will pay the price for what will be seen as collaboration with the enemy.” 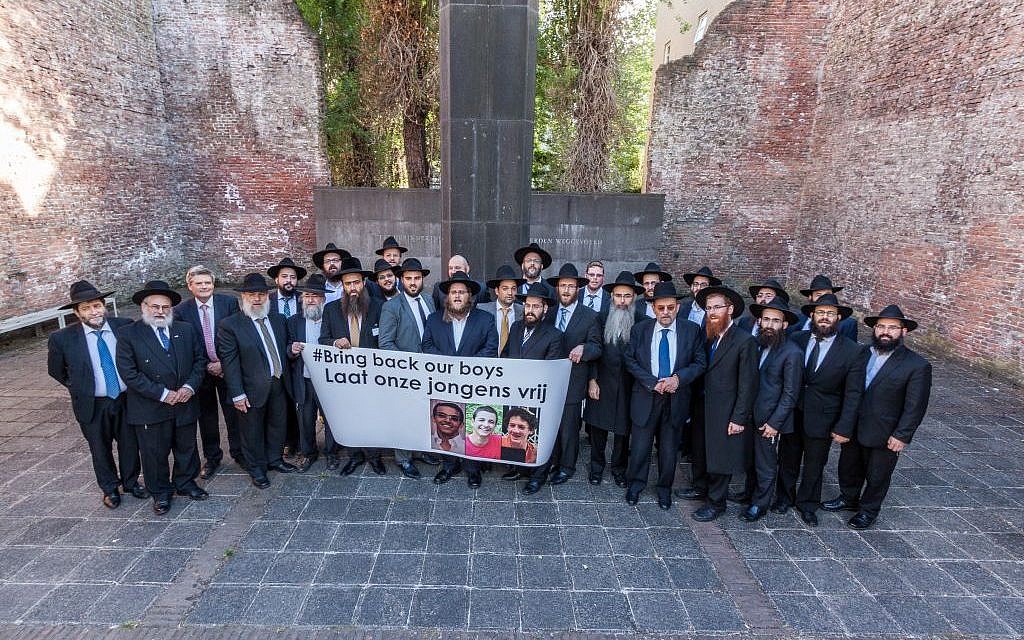 Even her involvement with Chabad did not go unnoticed in Tehran, Sipora said.

Secret police in 2016 confronted Sipora’s husband with pictures featuring Sipora from the Chabad Purim feast, he told her. They demanded he explain why his wife is “working with a Zionist organization.” He answered that she was representing Persian Jewish culture in Holland and that Iran should be proud of it.

Trapped in her predicament, Sipora’s only comfort is being with her 5-year-old grandson and her daughter. But this is no remedy against sleepless nights and a constant sense of foreboding, she said, especially before reporting to Dutch authorities as she must do periodically. She could be deported as an illegal alien at any moment. Sipora’s next appearance before an immigration service judge is scheduled for March 2.

Outwardly, though, Sipora puts on a brave face, according to Erik Veldhuizen, who also volunteers at the Chabad House where Sipora is preparing the annual feast.

“She’s a positive and polite person,” he told JTA. “A few of us are of course aware of her situation, but you’d never know that she’s in dire straits by her demeanor.”

Back home, Sipora is discussing her grandson’s Purim costume options with him as a welcome distraction from the fears and doubts surrounding her.

“Just like in Purim, it will all work out in the end,” her daughter tells her. “It just has to.”