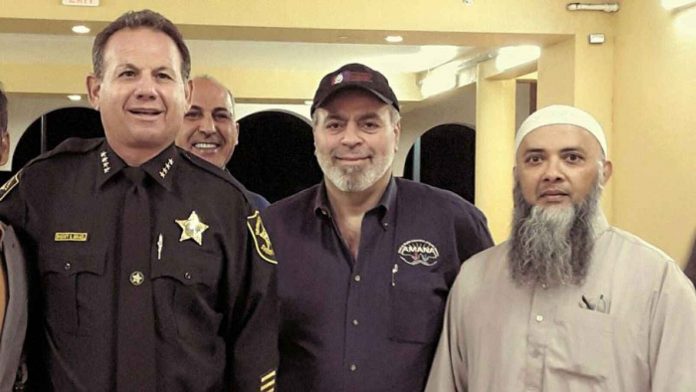 Note that one of these deputies – Nezar Hamze – is a FL leader of the Muslim Brotherhood HAMAS front group, CAIR https://t.co/t8zurw5kaC

Maybe if Broward Deputy Sheriff Hamze had trained his own officers better – instead of the Muslim Brotherhood – more FL kids would be alive today – CAIR’s ‘Deputy Hamas’ Teaches Radical Mosque to Use Guns https://t.co/7NBVkX1VfP

Can’t stop a school shooter, says Sheriff Israel? But his Broward County Deputy Hamze teaches guns to jihadis so they can stop shooters in mosques? https://t.co/FUKUmJIhZW

.@dbongino: “The sheriff has to go. He has to resign. I don’t see any way he can credibly function in that role anymore.” pic.twitter.com/pZkE4CQQTW

This Sheriff must step down. His hubris is stunning in the context of such deadly and catastrophic failure. https://t.co/gSjNZ3HxKB

“In Broward County, Florida, CAIR polices you” https://t.co/qg5wN7SHwk via @JordanSchachtel