I must admit, even I was shocked on February 23 when Jerusalem Jane told me that she heard through her Press contacts in Israel that the US State Department was going to announce the move of the US Embassy to Jerusalem, the eternal capital of Israel, on May 14, 2018!

I was shocked on two levels, one existential and the other geopolitical.

As a Jersey “Frat Boy,” in a Bible study (don’t ask, it’s a long story) I was spiritually impacted by the historical fact (miracle?) of the Jews regaining their homeland after being dispersed around the world for 2000 years! Never in history have a people maintained their national and religious essence without a homeland and then got their homeland back and picked up where they left off 2000 years earlier!

To my young Christian mind that fact defied all mathematical possibility, let alone the logistical chaos of a 2000-year diaspora, replete with enemies hiding around every noon & cranny on the globe waiting to devour.

Oh, did I mention that the day the world recognized (except for a Muslim or two) the Jewish right to their homeland was on May 14, 1948.

So, as the irony of the US Embassy move to Jerusalem in May 2018 brought to mind the providential management of Israel through the ages I was shocked on a second, geopolitical level.

WTF!!! Trump did what? How could that be? Every President since Clinton has played Ping-Pong with the Embassy move, to get the votes to win and never even consider actually moving the Embassy for “national security” reasons, which means in non-governmental language, that Muslims heads will explode and they will go jihad!  Doesn’t Trump know that the enlightened world will turn against him?

Yet on February 23, the most unlikely President to ever tweet his way into office threw geopolitics to the wind and decided, in his words, “to do the right thing.”

…and some say there is no God?

There is another absolutely fascinating layer to this story – On May 14, 2018, I will be in Jerusalem celebrating Jerusalem Day with Judge Jeanine Pirro and 80 other pro-Israel Americans and also celebrating the miraculous movement of the US Embassy to the 4000 year-old Jewish city, Jerusalem!

I could not have imagined, back in the Frat house in Jersey, in a wild and crazy Bible study, looking at the prophecies of God protecting his nation, that I would be in Jerusalem standing in front of the US Embassy on the 70th anniversary of Jewish people regaining their eternal homeland, Israel.

…and some say there is no God?

We are about to close registration on our trip but may have room for a few more to come. If you have any interest in being in Israel during the monumental month of May 2018, you must contact us ASAP!

IF YOU WANT TO VISIT THE US EMBASSY IN JERUSALEM

AND TOM TRENTO ON AN AMAZING NATIONAL SECURITY MISSION 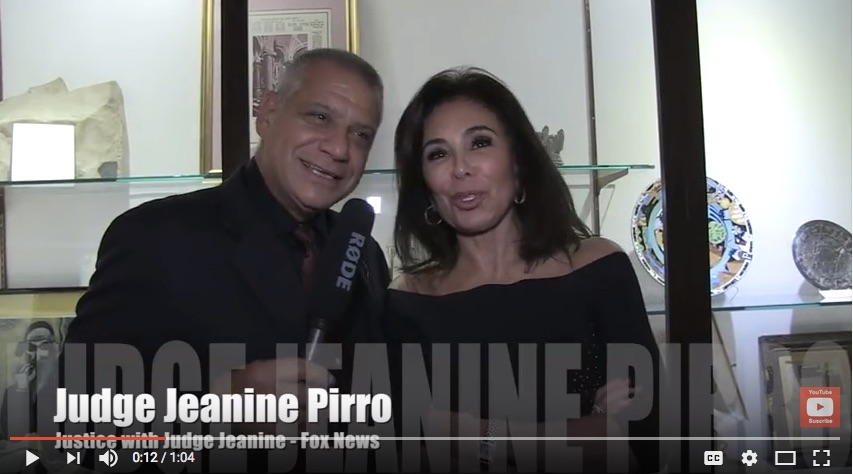