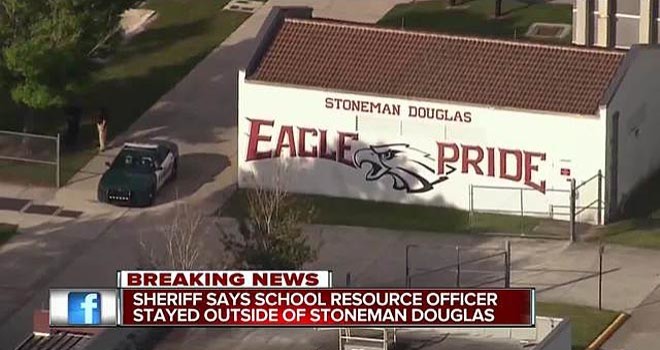 In the wake of the recent Florida school shooting, a chorus of well-meaning folks is demanding, “Enough—it’s time to do something!” As usual that “something” includes tougher gun controls and universal background checks—technocratic “solutions” that are ineffective at best and detrimental at worst.

In Fyodor Dostoevsky’s epic novel, The Idiot, a well-meaning prince is driven to do something for a woman who, through no fault of her own, was under public shame from a scandalous relationship. Although the prince is engaged to someone else, his “something” is to jilt his true love and marry the disgraced woman in hopes of restoring her honor. It is an ill-conceived move that leads to the woman’s murder and his institutionalization.

Likewise, the “something” called for to end school shootings is not only impotent to accomplish the goal, it could actually exacerbate the problem.

Consider gun control and the proposed ban on the AR-15. (As an aside, “AR” stands for “Armalite” the manufacturer, not “assault rifle” or “automatic rifle.”)

Had 19-year-old Nikolaus Cruz not had access to an AR-15, his killing spree could have been equally horrific with an auto-loading handgun and multiple magazines; without access to those, any number of means was available to him with the potential of achieving a much greater death count.

On July 14, 2016 one of the most efficient attacks occurred in France. In only a matter of minutes, one man in a 19-ton cargo truck barreled down a busy thoroughfare in Nice, killing 84 people and injuring over 300 others.

Three years earlier, a perpetrator used a pipe bomb at a Hindu shrine in Bangkok killing 20 people. And let’s not forget Timothy McVeigh who drove a truck loaded with ammonium nitrate into a federal building and killed 168 people in 1995.

I could go on, but these examples are sufficient to show that the savage hell-bent on unleashing havoc on society will find a way—be it with firearms, explosives, incendiaries, chemicals, biotoxins, or vehicles—some having a much greater potential for mass tragedy than, what amounts to, a deer rifle with an extended magazine.

There’s also the inconvenient fact, documented by Harvard and others, that the correlation between firearm restrictions and gun-related deaths is weak to non-existent. For example, the murder rate in Russia, where handguns are banned, is nearly four times higher than the U.S.

Another “something” demanded by the chorus is better mental health care. The problem is, most people with mental health issues have no violent tendencies, and mostmass killers have no mental issues that signal the need for forcible intervention, much less institutionalization. Prior to the Parkland shooting, one Florida mental health professional found Nikolaus Cruz “stable enough not to be hospitalized,” another concluded that he posed no risk to himself or anyone else.

However, Cruz shares something with other young mass killers that is a symptom of our social and moral health.

Boys Without Dads
Since 1960, the number of fatherless homes has increased by a factor of three such that, today, 1 in 3 children are raised in a home without a dad—and that doesn’t account for fathers who are physically present but emotionally or morally absent. This has had a devastating effect on society, in general, and on children, in particular. For example, data from the U.S. Census Bureau, Department of Justice, and the Centers for Disease Control, indicate that children who grow up in fatherless homes are:

Boys without dads, Dr. Warren Farrell explains in his book, The Boy Crisis, experience “a sense of purposelessness, a lack of boundary enforcement, [and] rudderlessness” which, when accompanied by testosterone that is not well-channeled by an involved dad,” can lead to destructive behaviors.

According to Dr. Farrell and other experts, those behaviors include an increased risk of mass violence. As Dr. Farrell observes, “our daughters are not killing,” neither are boys “with significant father involvement.” Rather, it is boys like Adam Lanza, Elliott Rodgers, Dylan Roof, and Nikolaus Cruz who grew up in fatherless homes.

That should sufficiently unsettle those who consider the modern decline of patriarchal influence a good thing. Over 80 years ago sociologist Willystine Goodsell warned that no country with a matriarchal structure has “led to a better family system. In every case—without a single exception it’s been associated with family weakness and unhappiness.” Given the family structures of today’s young mass killers, it may be associated with something much worse.

So, how do we answer the demand to do something about school shootings?

Taking Action
First, we need to point out that when seconds count, the police are, at best, minutes away. Tragically, in the Parkland shooting, the police were AWOL and law enforcement at every level failed the children. Not only was the FBI derelict in its duty by neglecting to take action on credible information on Cruz prior to the shooting, unconscionably, an onsite resource officer and four early responders, all armed, froze outside of the school while the massacre continued unabated.

Consequently, the protection of our children necessitates the elimination of school gun-free zones (which, like dog-free homes, are soft targets for the criminally minded) and the adoption of some form of the Israeli model, whereby trained, responsible, legally armed citizens who are emotionally invested in the children—teachers, parents, and community members—form a volunteer security force for schools in their neighborhood. Those who call this measure idiotic need to explain why it wouldn’t have given the victims at South Florida High a better chance of survival.

At the same time, we need to address the cause for which school shootings are the symptom: the moral condition of a society that has elevated the desires of adults over the needs of children by normalizing sex without marriage, marriage without children, genderless spouses, “no-fault” divorce, and families without dads.

Such will require decades, if not generations, of dedicated commitment from a boldly prophetic Church and a catechized apostolate that is driven to fulfill the Great Commission by leading individuals into a life-long relationship with Jesus Christ and redeeming nations through the social, political, and cultural institutions that make them.