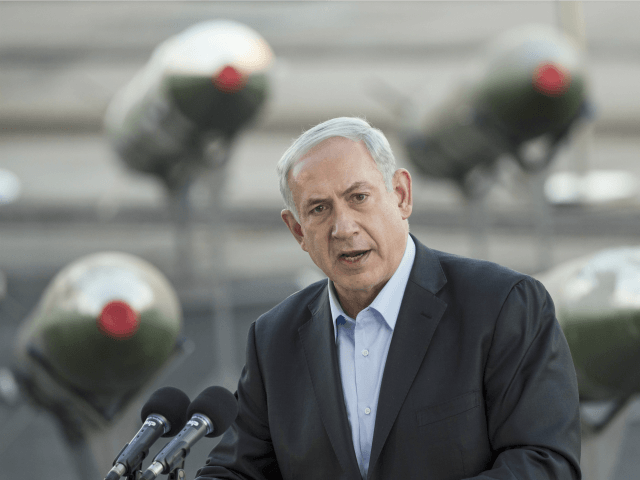 TEL AVIV – Prime Minister Benjamin Netanyahu said Tuesday that Israel would maintain a “zero” tolerance policy on rockets launched from the Gaza Strip and Syria, even if they are infrequent.

“My policy is zero spillover,” he told cadets at the National Defense College according to the Times of Israel.

“There’s no tolerance for spillover, no ‘drip-drip’ [of rockets] — they get hit immediately” in response to attacks, he said. “That hasn’t always been the policy, but this policy is proving itself.”

The term “drizzle” is often used to characterize the rocket fire from the Gaza Strip over the past decade and a half since Israel’s withdrawal, which does not constitute a barrage but is relatively constant — even during quiet periods. “Spillover” refers to cross-border fire from clashes between the Syrian army and rebel forces into the Golan Heights.

Netanyahu added, “In a small country like Israel one thing is certain: We must maintain our ability to defend, and our ability to attack and deter, which is the basis for our defense capability.”

“At least in our region, the probability of the weak surviving is not high. The strong survive,” he said. “So the basic condition for the existence of a nation such as our own … is to be strong and not weak.”

Last week, Netanyahu said the IDF’s policy of striking Hamas sites in response to any aggression from Gaza — even from other terror groups — was curbing more attacks.

“It doesn’t matter who did it. It matters who didn’t stop it,” Netanyahu said.

The policy has meant that since its last conflict with Israel in 2014, Hamas has mostly prevented other terrorist groups in the Gaza Strip from carrying out attacks against Israel.

“This isn’t about [Hamas] loving us, but about loving itself,” Netanyahu added.

Netanyahu has in the past noted that Israel maintains a similar policy regarding its northern border. The Assad regime is held responsible by Israel for all fire emanating from Syria, even if it comes from rebel groups.