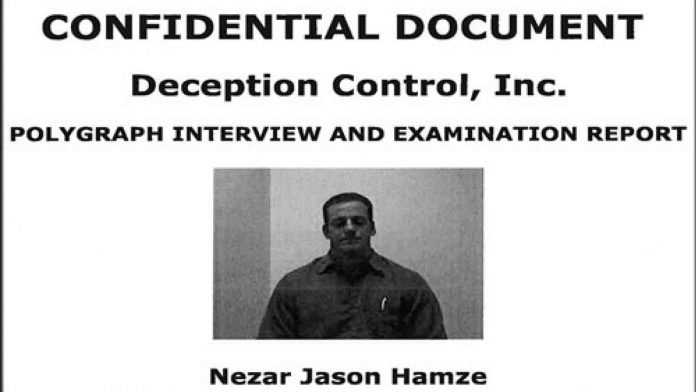 When Sheriff Scott Israel made the decision to hire Florida CAIR leader Nezar Hamze as a Deputy Sheriff at the Broward Sheriff’s Office (BSO), he did so knowing that Hamze was involved with a Muslim group with, at the very least, a questionable background. And he did so against the advice of three ranking officials from the Sheriff’s office, who refused to recommend Hamze a little over one year prior to Hamze’s hiring.

This past July, Sheriff Israel appeared on the Joyce Kaufman Show, a radio program based in South Florida, to counter this author and voice his side of the Hamze hiring. During the show, he told the host that he was “very familiar with CAIR.”

Since the Sheriff is so familiar with CAIR or the Council on American-Islamic Relations, surely he would know that CAIR was founded by individuals associated with Hamas. Indeed, CAIR was established as part of a terrorist umbrella organization led by the then-global head of Hamas, Mousa Abu Marzook, who was based in the United States at the time.

And surely he would know that a number of former officials from CAIR are currently serving jail sentences or have been deported from the United States for terrorist-related crimes.

On the show, Sheriff Israel, as well, admitted to knowing that CAIR had been named by the US government as “co-conspirators in two federal trials dealing with the financing of Hamas.” The quote is from the host, Joyce Kaufman, in reference to the Holy Land Foundation trials that took place in 2007 and 2008. Israel replied, “That is true. That is true.”

The Sheriff continued, “But as I said, this man has been vetted. A background’s been conducted on him, and I as Sheriff, I have to be reflective of Broward County.”

The BSO official leading the “reflective” background investigation was investigator Octavya Barley. An investigation into Barley, herself, shows that she is a fan of Black Lives Matter, the nationwide movement against US police departments and a group that CAIR, itself, supports. On her Facebook page, Barley has posted videos accusing police officers of “police brutality.” This past May, she posted a horrific photo of a bludgeoned black male with the caption: “Anytime you hear someone criticizing black people for rioting, share this info with them.”

Barley also did the background check on Hamze in 2012, when Hamze was rejected by the BSO. However, at the end of the ‘Secondary Interview – Hire Recommendation’ for Hamze’s 2012 application, all three of the BSO officials involved in the interview refused to recommend Hamze. Major Michael DiMaggio, Major David Holmes, and Major Donn Peterson all placed their signatures next to the area stating, “At this time, I do not recommend Officer Hamze for employment with the Broward Sheriff’s Office.”

All of this – Hamze’s involvement in a terrorist-related organization, the refused recommendations from the three Majors, and the lies on the polygraph test – was ignored by the current Sheriff, Scott Israel.

In fact, it was Sheriff Israel who recommended Hamze for the Deputy Sheriff job, in 2014. Twice, on Hamze’s June 2014 BSO application, Hamze states that he was referred by “Scott Israel.” So while three Majors had reason to reject Hamze previously, Sheriff Israel put his own reputation on the line to give Hamze the ‘green light.’

Sheriff Israel’s referral was probably why Hamze’s application was quickly shuttled through the BSO, and Hamze was sworn in as a BSO Deputy Sheriff in August 2014, little over two months after he handed in his application. This, while the three Majors’ rejections took place over a year after he applied in 2012.

And not only did Hamze get hired by BSO, but Sheriff Israel allowed him to keep his job as Florida Regional Operations Director for CAIR, as well.

On August 3, 2014, just one week prior to Nezar Hamze being hired for the job of Deputy Sheriff, his superior at CAIR-Florida, Executive Director Hassan Shibly, tweeted “Israel and its supporters are enemies of God…”

Of course, Shibly was referring to the nation of Israel, not Sheriff Israel, who no doubt is considered a good friend to CAIR. But the fact that the Sheriff went out of his way to recommend Hamze to the BSO; then allowed Hamze to work simultaneously at both the BSO and CAIR; and now stands by Hamze as loyally and firmly as he has; puts himself in direct association with a radical Muslim group and the type of hateful rhetoric spewed by Shibly.

And beyond his own person, the Sheriff has compromised the BSO and exposed local and national security to a threat from within.

Scott Israel has ignored the directives of his distinguished BSO colleagues and has done what, for many, is the unthinkable. He has brought together the worlds of law enforcement and terrorism.

Sheriff Israel’s resignation should be swift, so that the BSO and the community can move on to leadership who will serve to protect and not place the community in danger.