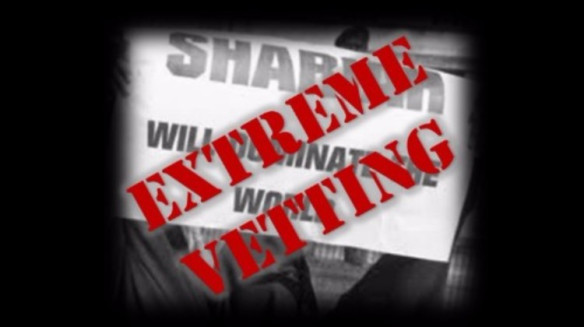 The AFLC-authored brief argues that the President’s most recent executive proclamation suspending entry and creating a more rigorous entry vetting process for immigrants and travelers from certain high-risk countries (Chad, Iran, Libya, North Korea, Syria, Venezuela, Yemen, and Somalia) was a constitutional and statutorily permitted first step before implementing a more thorough-going “extreme vetting” of potential jihadists.  The brief lays out the policy and legal basis for an extreme vetting of Islamists who advocate or adhere to a political ideology predicated upon Sharia supremacism.  The brief argues that it is classic and extant Islamic law that is the threat doctrine underpinning jihad by the various Islamic groups, whether they be Al Qaeda, the Islamic State, or the Muslim Brotherhood.

David Yerushalmi, AFLC Co-Founder and Senior Counsel, and described by The New York Times as one of the central leaders of the anti-Sharia movement in the U.S., explained,

“The litigants and other amici will focus on the narrow statutory issues of the proclamation, and especially on the power of the executive branch to exclude travelers from failed states.  Most of the president’s adversaries will claim the revised travel ban is a disguised ban on Muslims while the President and his legal team from the Solicitor General’s Office will flee from that fight by arguing that it has nothing to do with Muslims or Islam.  This brief plants a flag of coherence on the beach we must take if we are to protect this country’s security from the quiet and legal infiltration of jihadists flowing in from not only Muslim failed states, but also Muslim functioning states, Africa, and even Europe.”

“The AFLC brief argues that the President has not only the authority for a travel ban, he has the constitutional and statutory authority to impose an ideological vetting process to screen for Sharia-adherent Islamists.  This will be the first time since 9-11 that this issue will be squarely and coherently briefed to the Supreme Court.  It begins the all too important policy discussion at the highest levels within the Halls of Justice and, as such, within the inner reaches of the law.  It turns the lawfare of the Islamists and Progressives in on itself and reshapes and indeed opens up new fronts on the legal and policy battlefields enabling those who cherish western civilization and our constitutional republic to take an offensive and ultimately rational posture into the lawfare and policy trenches.”

As one piece of the evidentiary framework for the brief, AFLC cites to a relatively recent peer-reviewed study, co-authored by Mr. Yerushalmi, revealing the statistically relevant correlation between sharia adherence at U.S. mosques and the propensity to preach and to propagate violent jihad against the West.  The study was first published by the Middle East Quarterly and subsequently in expanded form in Perspectives on Terrorism.

Copies of the National Security Experts’ amicus curiae brief may be downloaded here.