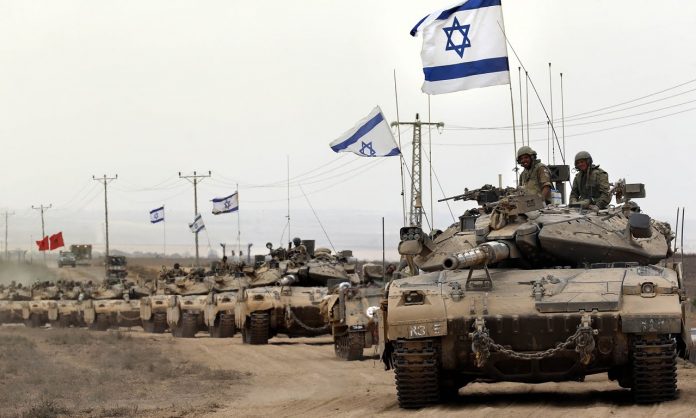 Imagine the scene: More than 3,000 years ago, the big Philistine army was facing the Israelite army. In the midst of that, a huge giant stepped forward. Goliath was frightening and he was mocking the God of Israel. He was calling out the soldiers who would dare to come and fight him, one on one, winner takes it all.

The Israelite army was petrified. Nobody dared to step up and face this giant, so a few days went by while Goliath mocked the Israelites and mocked their God. All of a sudden, a young redheaded shepherd boy stepped forward only carrying his staff that he used to watch his sheep. He walked toward Goliath, who was cursing and mocking him for coming against him, only with a staff and no armor.

We all know the ending of the story, how David in one shot took out this huge giant with his sling and one small rock, and the Israelites won the battle.

Did you ever stop to wonder why David, without any armor, went up to face this huge giant? I think it was because David had faith in the living God of Israel, and nobody dared to step up and stop this bully who was cursing his God, and because of David’s strong faith, that he simply had to act.

Yes, David was brave and courageous, but he acted because of his faith in God and because somebody was mocking his God and his people. He later became King David. He moved the Jewish capital to Jerusalem and fought many wars bringing great victories to Israel!

Today the Jewish nation is still facing giants who are mocking the God of Israel and want to wipe out the Jews and the Israeli army.

The little underdog, Israel is now a thriving nation with the best military in the world, but is still surrounded by Goliaths who have only one goal, and that is to wipe out the Jewish state.

Iran is moving deep into Syria. New satellite images show evidence of a new Iranian military facility at Jabal Ash Sharqi, some 12 kilometers northwest of Damascus. They show two recently constructed hangars that are similar in appearance to Iranian bases in Syria. Reports are saying the new base is operated by Iran’s Quds Force, a branch of Iran’s Revolutionary Guard Corps (IRGC) responsible for operations in foreign countries. When the Iranians say they want to eradicate Israel, you better believe them!

The prime minister of Israel, Benjamin Netanyahu, has clearly stated that ”Israel will not allow Iran to set up these military bases in Syria, which makes Israel sittings ducks.” These bases are only 50 km away from the Golan Heights.

Israel has attacked Iranian targets in Syria before and Israel will strike this new military base in Syria. She has no other choice than to defend herself. Chances are big that this could lead to a short and bloody war — a war the IDF is preparing for right now, and it is even saying it has to take out some of the leaders, but there is not really any alternative when your enemies are closing in on you.

King David went into war when it was needed to protect his people, that is exactly what Israel will have to do at this present time.

As I am writing this blog, Benjamin Netanyahu is slated to meet with US President Donald Trump within a few days in America.

There is no question these two world leaders are going to be discussing the deal made with Iran, as Trump did extend a waiver on nuclear sanctions that were imposed on Iran, but he also said it would be the last time he will do so. Trump also ordered allies in Europe and the US congress to work with him to fix “the disastrous flaws” in the 2015 deal or America would pull out. That will only make the situation worse with Iran, but it will be the right thing to do. Bibi and Trump will of course also speak about the whole situation in Syria, and that Israel has no choice but to defend herself.

Lets not forget the thousands of rockets and missiles that Hezbollah has in Lebanon pointing toward Israel.

Israel is in the palm of God’s Hands. He has been faithful to His own nation and people. He will always be that but it’s not enough to just say “God is in control.”

War means that young Jewish men and women are going to go into battle, it is horrifying!  It means that there would be many casualties and Jewish families will have to say goodbye to loved ones, lots of tears and funerals again.

When Israel will have to do this, you can bet that the entire Arab world will accuse Israel and the mainstream media will again turn on Israel and accuse her of being the aggressor. So it’s crucial that  Christians around the world wake up and get into the fight for the Land Of The Bible, and stand united in prayers, words, deeds and actions. It is important that your priests and pastors are calling to prayer and you have huge pro-Israel rallies around the world, so Israel will know she is not alone.

When Israel’s enemies are taking on The Holy Land and Her people, they are taking on God as well. Israel and God are united. This is His Nation and His people. As Christians, we cannot say it has nothing to do with us. It has everything to do with us and our faith!! ​(Please feel free to share this blog with your pastors and leadership around the world)

We are living in interesting times, and as we are celebrating Purim and that Haman didn’t succeed in wiping out the Jewish people, nor will Iran or any other enemy of Israel succeed in taking out the Jews!

Israel is here to stay as a blessing to the whole world, I’m honored and blessed to have a front row seat living in Israel. When war will come you can count on me being out reporting the truth for Israel, being your girl with boots on the ground in The Holy Land.

Pray for Benjamin Netanyahu and the Israeli Government!

I will make you into a great nation, and I will bless you; I will make your name great,  and you will be a blessing. ​I will bless those who bless you, and whoever curses you I will curse; and all peoples on earth will be blessed through you.

UNITED WE STAND WITH ISRAEL!!