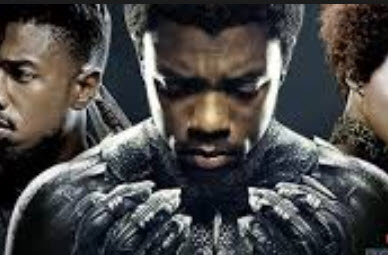 The movie Black Panther became “the biggest non-sequel and non-ensemble superhero flick of all time,” nearing $900 million at the box office. It has not, however, escaped criticism: it was deemed by many (see here, here and here) to be “Islamophobic.” Why? Because it allegedly depicts Muslim men to be barbaric. The movie features a convoy of trucks with female abductees wearing hijabs against their will (reminiscent of Boko Haram and the Islamic State). When the women are freed, they shed their enforced hijabs (as we have seen in areas recaptured from the Islamic State, and in the recent hijab protests by courageous women in Iran).

The scene inadvertently reinforces what colonial studies experts such as University of Toronto Professor Sherene Razack call the stereotypes of the barbaric Muslim man, oppressed Muslim woman and imperilled non-Muslim.

In Razack’s odd world, it must be the colonialists who are to blame for mass rapes across Europe, the ongoing Muslim rape gang activity in the UK, the brutality against women for uncovering their heads in Iran, child brides, the common practice of raping little boys in Afghanistan and Pakistan, violent no-go zones, shariah patrols, etc. One important fact, since the movie depicts black people in a positive light: it is Muslims who still hold black slaves, long after colonialists abandoned the practice, and Muslims were integral to the practice of slavery in the West.

Perhaps the colonialists also told the late Supreme Leader and Grand Ayatollah Khomeini of Iran (who ruled between 1979 and 1989) to write — in his book Tahrirolvasyleh — this horrific statement:

A man can quench his sexual lusts with a child as young as a baby. However, he should not penetrate. Sodomizing the baby is halal (allowed by Sharia). If the man penetrates and damages the child, then he should be responsible for her subsistence all her life. This girl, however, does not count as one of his four permanent wives…It is better for a girl to marry when her menstruation starts, and at her husband’s house rather than her father’s home. Any father marrying his daughter so young will have a permanent place in heaven.

Anyone who addresses the atrocities committed in the name of Islam is tarred as “Islamophobic.” The prevalence of the madness presented in the article below and from the likes of Sherene Razack is one reason the West is losing the war against the global jihad.

The victimology “Islamophobia” canard is insistently propagated by the Organization of Islamic Cooperation and Muslim Brotherhood-linked pressure groups in the West. They are the Ministers of Propaganda among us, akin to the Third Reich Minister of Propaganda Josef Goebbels.

“Wallahi (by God) I will shoot her right now,” says the man, obviously Muslim from his Middle Eastern headgear, as he places a gun to a girl’s head. Without spoiling the movie Black Panther for those who have not seen it yet, this is part of a scene in which the soon-to-be king attacks a convoy of trucks carrying abducted women.

The women are all wearing hijab (headscarves) against their will. As soon as the girls are “liberated”, they remove their headscarves.

The scene inadvertently reinforces what colonial studies experts such as University of Toronto Professor Sherene Razack call the stereotypes of the barbaric Muslim man, oppressed Muslim woman and imperilled non-Muslim.

Black Panther is a great movie. The glowing reviews and box office collections confirm this. I don’t usually rush off to see new movies, but this one was different. I looked forward to it, not only because of the hype, but more so because after 42 and Marshall, Chadwick Boseman is my favourite actor.

I hate to rain on the parade, but it’s hard to remain silent in the face of the not-so-subtle but – I can only assume – unintentional boost to Islamophobia.

No, I don’t expect only positive portrayals of Muslims in movies, because that would be false. And I am not claiming that the movie bashes Islam. But it does contribute to, and reinforce, the poor and stereotypical views of Islam and Muslims.

At the risk of sounding insensitive to the longing of the black community for a worthy portrayal, this movie joins many others in normalising a stereotypical depiction of Muslims.

There are three religions portrayed in the movie, albeit as an aside. Two are fictitious religions, while the third is Islam.

As a keen observer of international affairs, it was clear to me that the scene above was a reference to Boko Haram, the terrorist group sullying Islam and wreaking havoc especially in Nigeria.