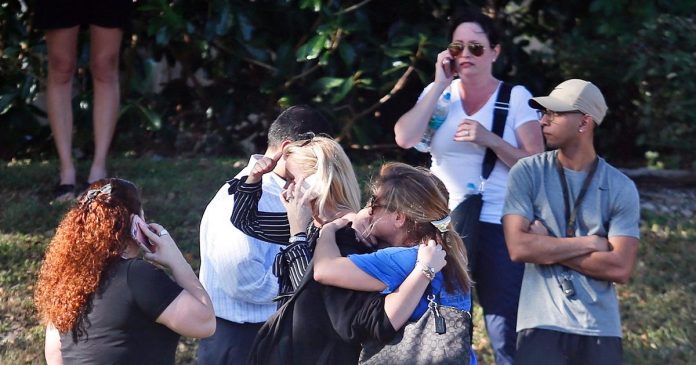 Rather than give a transparent, honest, and public account of how Nikolas Cruz was able to avoid the juvenile justice system as his behavior became increasingly volatile, Superintendent Robert Runcie has recommended a comprehensive investigation of Cruz’s educational background, to be completed by June 2018.

The district will pony up $60,000 to pay an independent consulting firm, Collaborative Educational Network, to pore over Cruz’s school records and determine what went wrong.

On its website, the Tallahassee-based Collaborative Educational Network, in partnership with Evergreen Solutions, lists Broward County as one of its former clients.

In 2014, the company was hired to evaluate the efficiency and effectiveness of the county’s special education services after its Exceptional Student Education (ESE) Advisory Council criticized the department’s executive director.

According to an October 2014 news story, Collaborative’s completed evaluation showed 110 areas of weakness in the county’s program for special needs students.

Specifically, the report found that the special ed student-to-teacher ratio was much higher in Broward than in nearby counties.  Investigators also discovered unspent millions of dollars earmarked for specialists and technicians and, most importantly, cited inadequately trained teachers as a contributing factor in the department’s subpar review.

Around the same time the Collaborative-Evergreen firm issued its indictment of Broward’s special education services, Nikolas Cruz was removed from Westglades Middle School for violent outbursts and was subsequently placed in a special school for emotionally and behaviorally disabled children.

In January 2016, in 10th grade, he was sent to his home district’s Marjory Stoneman Douglas High, where he was eventually removed again in February 2017 for an assault.  Soon after his removal from Stoneman Douglas, he bought an AR-15, passing a background check that showed no arrest record.  Throughout 2017, Cruz attended Broward County’s alternative public schools until the mass shooting on February 14 of the following year.

Runcie’s decision to hire Collaborative, a firm familiar with Broward’s special education services and their failures, suggests that the ESE department, with its history of poor performance, will be held at least partially responsible for allowing Cruz to slip through the cracks.

The scapegoating has already begun.

In a March 6 Sun-Sentinel article, school personnel stated that Cruz’s “Individual Education Plan (IEP) was drafted by a team of specialists and approved by his mother.”  Superintendent Runcie also weighed in on Cruz’s years as a special needs student, stating that “although these plans may require lighter discipline than regular students for some infractions, school officials are expected to call police if students bring weapons to school.”

Are they, Mr. Runcie?  Or should they first consult the Broward County Collaborative Agreement signed by everyone from the state attorney to police chiefs to the sheriff to the juvenile justice judge, and on to the NAACP president and many other Florida notables?

Speaking of the agreement and the PROMISE program, Mr. Runcie is now vehemently defending the discipline guidelines designed to keep students, particularly blacks and Hispanics, from being suspended, expelled, or arrested.

With the help of his loyal herd of left-wing reporters at the Miami New Times, Superintendent Runcie is blaming the “obscure blog, The Conservative Treehouse”; Rush Limbaugh; Senator Marco Rubio; and Fox News for “exploiting an incident for whatever varied agendas they have.”

The New Times goes on to claim that the Obama-era plan to halt the school-to-prison pipeline began with 2009 legislation introduced and signed into law by then-Republican governor Charlie Crist in order to rein in our-of-control zero-tolerance policies. In summary, the bill requires “that any disciplinary or prosecutorial action taken against a student who violates a zero tolerance policy be based on the individual student and the particular circumstances surrounding the student’s misconduct; encouraging school districts to use alternatives to expulsion or referral to law enforcement agencies unless using such alternatives will pose a threat to school safety.”

The bill’s recommendation of exploring alternatives to expulsion left the door open just enough for Obama’s Education Department to pervert the true intention of Crist’s bill – namely, to stop what one psychologist called the “psychotic zero tolerance” school policies, where 7-year-olds  get suspended for biting a Pop-Tart into a shape that looks like a gun.

Employing the carrot and stick approach, Obama’s education secretary, Arne Duncan, and his attorney general, Eric Holder, threatened to go after school districts not complying with federal guidelines based on the disproportionate number of minorities disciplined in the nation’s schools.  According to Obama’s discipline reform initiative, local school districts would be required to provide alternative methods such as restorative justice, counseling, and behavioral supports to keep minority students out of the prison pipeline, or else there would be no money and possible charges of civil rights violations.

Runcie was all in with this approach.  At a National Urban League conference in July 2015, Runcie stated:

We’re not going to continue to arrest our kids[.] … Once you have an arrest record, it becomes difficult to get scholarships, get a job, or go into the military.

According to his district website at the time, the agreement, with PROMISE as its foundation, was “designed to address the unique needs of students who have committed a behavioral infraction that would normally lead to a juvenile delinquency arrest and, therefore, entry into the juvenile justice system.”

Runcie, partnering with the Johnny Appleseed of the “implicit bias” theory, Phillip Atiba Goff (who peddled his “everybody is racist” propaganda from police department to police department), devised a 210-page training manual for school personnel to become more aware of how racist they are.

The manual, entitled “Eliminating the School-to-Prison Pipeline,” lists “assault/threat” and “fighting” among “infractions aligned with participation in the PROMISE program,” and it states that the recommended consequences for such misdemeanors are a “student essay,” “counseling,” and “restorative justice.”

Mr. Runcie’s agenda-driven, racially motivated program, now in the crosshairs after the Parkland tragedy, has the superintendent in cover-up mode.

Curiously, in the New Times article, Mr. Runcie said he does not know whether school administrators reported Cruz to law enforcement.

Why not?  The superintendent makes $335,000 a year and has access to records and personnel with one phone call.  Runcie also stated that the PROMISE program is not at fault because Cruz was not a participant.  If that is true, why not?  Does the intervention service exclude and discriminate against special needs students?  According to the PROMISE literature, students who have committed in-school misdemeanors including threats and assaults, are referred to PROMISE, not to the police.  Certainly, Cruz qualified.

The Broward County Sheriff’s Office is cited by New Times as the real culprit, not Superintendent Runcie.  No doubt, their 2013 collaboration with Runcie’s gung-ho, no-arrest, implicit-bias policy, in part, prevented them from doing their job.  But the Times, in providing cover for Runcie, says the collaborative agreement did not tie law enforcement’s hands.  The N.T. writer states that the second step in dealing with the delinquent student, as noted in the collaborative agreement, is to consult law enforcement, not the sixth step, as Senator Rubio and other critics have claimed.

Close but no cigar.  What critics of the agreement were referring to was page 7 of the policy outlining the seven steps a police officer must follow before making an arrest.

He must first consult the principal; next, evaluate the situation; then issue a warning; then talk to the parents or guardian; next, consider alternatives; and penultimately, in step six, after exhausting all other steps, “the officer may consider placing the student under arrest.”  The final step involves placing all contraband in the custody of the law enforcement personnel involved in the arrest.

While this plays out, students who want to learn are forced to share a classroom with kids who should be expelled or in jail.

In a defiant March 7 tweet, Runcie vowed to keep the dangerous discipline school policies that allowed Cruz to avoid arrest in place.

We’re not going to dismantle a program that’s been successful in the district because of false information that someone has put out there. we will neither manage nor lead by rumors.

We can draw two conclusions from Mr. Runcie’s vehement adherence to his radical, racist practices.  First, the independent review will leave him unscathed and innocent of all wrongdoing.  Secondly, students in Broward County should demand that teachers, school personnel, and security officers be armed to the teeth.