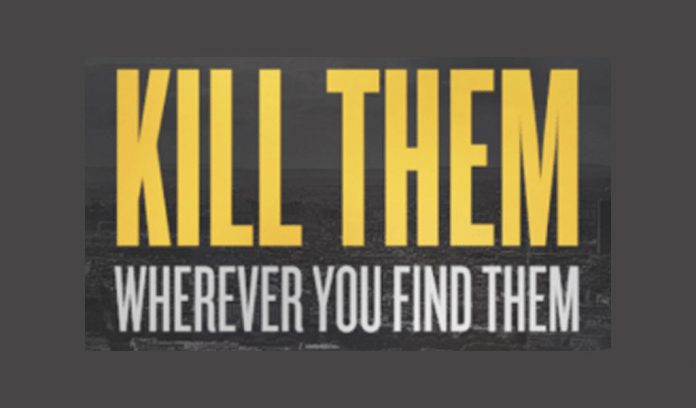 Ali Muhammad Brown, a radicalized Muslim, pleaded guilty to killing a college student in New Jersey in 2014. Brown previously confessed to killing three people in Washington state in a terrorist spree in 2014, but has not made a plea in that case.

At the time, Brown said the murders were retaliation for U.S. foreign policy. Two of his

victims were targeted because of their homosexual orientation.

Brown began the murder spree by killing Leroy Henderson in Seattle in a drive-by shooting April 27, 2014. He then lured Ahmed Said and Dwone Anderson-Young using a gay dating app and murdered them on June 1, 2014. The attack was the second anti-gay attack by a radical Muslim in the Seattle that year, after another extremist Islamist tried to burn down a nightclub frequented by gays on New Year’s Eve.

Brown then escaped to N.J. and murdered 19-year-old Brendan Tevlin on June 25.

At the time, Brown said, “[When a] man sees evil, then he must take action against that evil,” explaining that the “evil” he was responding to was U.S. actions towards Iraq, Afghanistan, Syria and Iran.

“All these lives are taken every single day by America, by this government. So a life for a life,” he said. “My mission is my mission between men and my Lord.”

The guilty plea came as a surprise to the court as they were in the process of choosing a jury. No plea bargain was made and Brown faces life in prison without parole.

In a statement, Brown expressed remorse, telling the judge, “The mistake that I made is I thought I was fighting jihad.”

Brown is currently serving a 35-year sentence for an armed robbery he committed in New Jersey before the murder.