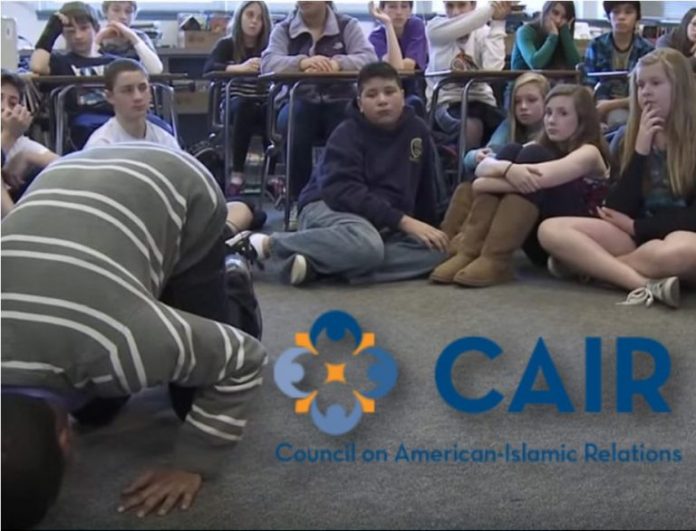 The Freedom of Conscience Defense Fund reports:  “The Freedom of Conscience Defense Fund (FCDF) yesterday (March 14, 2018) issued investigative subpoenas to the California chapter of the Council on American-Islamic Relations (CAIR) and its local office in San Diego. The subpoenas are part of FCDF’s federal civil rights lawsuit challenging the constitutionality of the San Diego Unified School District’s (SDUSD) ‘anti-Islamophobia initiative.’ The multi-year program was developed under the direction of CAIR as a “holistic” plan to supposedly protect Muslim students and their families from bullying and discrimination. As part of the initiative, staff and students must be taught by CAIR officials “how to become allies to Muslim students,” and CAIR is empowered to revise school curriculum to portray Islam more favorably.”

Primarily, the Freedom of Conscience Defense Fund is seeking to obtain the communications between CAIR (Council on American Islamic Relations) and the San Diego Unified School District (SDUSD).  SDUSD agreed to cut off communications with CAIR as a part of the ongoing legal process, but was caught continuing to engage them in violation of the agreement.

CAIR was created in 1994 by the U.S. Muslim Brotherhood’s Palestine Committee, which is Hamas in the United States.  See UTT’s document detailing some of the evidence here.

The Freedom of Conscience Defense Fund is also investigating the involvement of the Islamic Center of San Diego in these matters.

The Islamic Center of San Diego is a Muslim Brotherhood mosque owned by the North American Islamic Trust (NAIT).

More disturbing, the administrator of the Islamic Center of San Diego allowed Hazmi and Mihdhar to use the mosques bank account to receive $5,000 from Khalid Sheikh Mohammed’s nephew. (9/11 Commission Report, page 220)

For updates on the probe into CAIR’s activities with the San Diego Unified School District, UTT encourages you to go to www.fcdflegal.org.