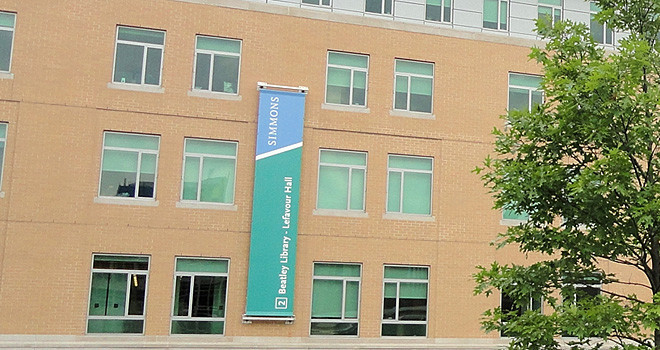 As I’ve often observed, if Islam ever succeeds in subjugating America it won’t be primarily through force of arms, but through cultural jihad (aka stealth jihad).

For cultural jihad to succeed, however, it’s necessary that there are enough people in the target culture who are willing to ignore it or even to facilitate it. Put more bluntly, there have to be enough people who are either too complacent to notice the threat or so stupid that they mistake the spread of Islam for a positive development.

Islamists can’t do the job of subversion all by themselves. They need help. Other people have to prepare the ground for them. Luckily for the Islamists, liberals, leftists, and secularists have been busy preparing the ground for years—in schools, in academia, in the media, in government, in the corporate world, and elsewhere.

Conservative pundits often warn that if we continue along our current path, our society will be changed beyond recognition. But much of the Orwellian future they predict has already arrived. Large chunks of the leftist agenda are now accomplished facts. The left controls the narrative about many key issues, and the narrative that they have woven—a mix of multiculturalism, relativism, and identity politics—creates an ideal environment for stealth jihadists to ply their trade.

In their response to events—particularly those that involve race, religion, ethnicity, or gender—many are no longer guided by facts, or by experience, or even by the evidence of their own eyes, but by “official” narratives. Even if the narrative is the inverse of reality, it takes precedence over reality. If the narrative says the Emperor is clothed, that’s the end of the discussion. If the narrative says the wolf-at-the-door-is actually a sheep, you must agree. Moreover, if you’ve been well-conditioned you’ll agree with enthusiasm.

Cultural jihad is more difficult to resist than armed jihad. To make the point, I used to ask, “Who’s going to stop ‘em?” In various columns I made the case that the Army, the police, the FBI, and Congress are not well equipped to deal with the phenomenon of cultural jihad. Now, it might be more appropriate to ask, “Whose side are they on?” The various cultural groups and institutions that might be expected to counter cultural jihad seem to have embraced it instead.

It’s easy to harbor the hope that if push comes to shove, the vast majority would drop their illusions and rally to the defense of their country and their heritage. I’m not so sure. A good part of the left’s cultural demolition campaign is devoted to demonizing our cultural heritage. Thanks to our leftist-controlled education system, tens of millions are convinced that this is a rotten society, based on rotten principles. It’s so bad, they’ve been taught, that only a fresh start will do. Moreover, they’ve been conditioned to believe that almost any other system of government, morals, and religion would be preferable to what we have now. Socialism? Communism? Islam? Why not give it a chance?

What brings these thoughts to mind is a news story I read recently about the Library Department at Simmons College in Boston. The librarians at Simmons have issued a new guide on “Anti-Islamomisia.” (Yes, it sounds like the term will never catch on, but that’s what we used to think about the word “Islamophobia.”) The guide warns Christians against saying “Merry Christmas” or “Happy Easter.” The reasoning behind the prohibition is that these expressions of “Christian supremacy” constitute “micro-aggressions” against Muslims by reinforcing “the assumption of one’s own religious identity as the norm.” Who could have guessed that the “Silence please” sign on the librarian’s desk would one day take on Orwellian overtones?

The chief aim of cultural jihad is the imposition of sharia law. And one of the key features of sharia is its blasphemy laws. Where sharia rules, criticism of Islam or its prophet is a crime. It may be hard to imagine blasphemy laws being introduced to the U.S., but criticism of Islam is already a crime in much of Europe. If blasphemy laws did come to the U.S.—if it became a crime to criticize Islam—where would the Simmons librarians stand? Whose side would they take? Would they suddenly think, “This has gone too far. I never realized where all this would lead”? Not likely. If you think “Merry Christmas” is a micro-aggression against Muslims, you’ve already got one foot planted in the sharia camp.

Of course, the librarians of Simmons College are a small group. But it’s easy to imagine that much larger groups in our society would go along with a law limiting the right to question Islam. Take registered Democrats, for instance. That’s a pretty big group. A 2017 Rasmussen poll showed that “Democrats are more likely to think that Muslims are mistreated in America than to think that Christians are persecuted in the Islamic world.” Considering that 90,000 Christians died for their faith in 2016 compared to a reported 127 Muslim victims of assault in the U.S., that’s quite a disconnect from reality. But of course, it’s not reality that rules in much of modern America, it’s the narrative. For many Democrats, anti-blasphemy laws would be seen as simply another form of affirmative action—just compensation for years of hatred against Muslims.

How about the universities? Whose side are they on? Here’s a headline from the AP: “Music professor who said Muslim women safer in US forced out.” It seems that Clifford Adams, a professor at the University of Cincinnati, didn’t get the message about how well people are treated in the Islamic world. He was placed on administrative leave and will retire at the end of the semester for having said in class that women and girls are safer in the U.S. than in any Middle Eastern country. That’s a demonstrably true fact, but these days truth is no excuse for uttering politically incorrect statements. Whose side would the universities take? Judging by their rigid speech codes, the colleges would have little problem with imposing additional restrictions on freedom of expression—especially if the request came from a certified victim group.

The media? Where do you think the Democrat voters got the idea that Christians are better off in the Muslim world than Muslims are here? One of the media’s favorite themes is the supposed epidemic of anti-Muslim hate crimes in the U.S. If a young Muslim women is yelled at by three drunks in a New York City subway, it hits the national news and stays there for a week. Even if it turns out that the young women admits that she made up the story (as she did), various activists groups will still list the “incident” in hate crime reports long after the retraction. As with the subway story, dozens upon dozens of hate crimes turn out to be “fake” crimes—crimes that never happened, or else crimes that turn out to have been committed by Muslims. It’s a good bet that many of the 127 assaults on Muslims reported in 2016 never happened. But no matter how many stories fall by the wayside, the narrative still stands. Whose side would the media choose? To all intents and purposes, the media has already chosen sides.

How about feminists? Shouldn’t feminists be deeply concerned about their downtrodden sisters in Muslim lands? Wouldn’t they want to prevent the spread of sharia to our shores? Apparently not. Linda Sasour, one of the leaders of the women’s march on Washington is a key figure in the women’s movement. She is never seen outside without her hijab and she is a strong advocate of sharia. Yet for some strange reason, feminists consider her to be a champion of women’s rights. The only prominent feminist who has criticized Islam’s blasphemy laws and its harsh treatment of women is Phyllis Chesler. As a result, most of her former feminist colleagues have broken their ties with her. The number one enemy for feminists is not Islam, it’s Christianity. If feminists are faced with the choice of defending the free speech of Christians or the right of Muslims not to be offended, it’s not difficult to guess what side they’ll choose.

How about big business? In the past, businessmen were thought to be conservative. That may still be true of many small business owners. But big business is now only a shade to the right of your average left-leaning university. Corporate speech codes are almost as irrational as the campus variety, and talking about your faith or wearing Christian jewelry at work can have serious repercussions. Would the corporate giants favor cultural jihadists over their critics? They already have. If you run a counter-jihad site—that is, if you expose the activities of cultural jihadists—it’s only a matter of time until YouTube restricts you, Facebook suspends you, Google makes your site virtually inaccessible, and PayPal blocks your account.

On the other hand, Facebook has been positively protective of Muslims. Shortly after the Paris and San Bernadino attacks, Facebook CEO Mark Zuckerberg wrote:

If you’re a Muslim in this community, as the leader of Facebook I want you to know that you are always welcome here and that we will protect your rights and create a peaceful and safe environment for you.

In a similar vein, Facebook Vice President, Joel Kaplan, told Pakistan’s interior ministerthat Facebook will “remove … hateful and provocative material that incites violence and terrorism.” This was not meant as a promise to remove Islamist terrorist sites, but as a promise to remove criticism of Islam that might incite “violence and terrorism.” In response, the interior minister told Kaplan:

In short, Facebook has shown itself quite willing to enforce Islam’s blasphemy laws.

To the ordinary person, this may seem like taking sides. But to the giant corporations the whole idea of loyalty (other than to the company) must seem quaint. They are, after all, global entities. You might as well ask the UN whose side it is on. Global entities don’t take sides. They consider themselves to be above all that. But, since all mankind is their business, they feel perfectly justified in adjusting the balance between different faiths and ideologies as they see fit. And if part of the adjustment requires that counter-jihad sites be dropped down the memory hole, it’s all for the best. After all, we don’t want to incite violence.

The beauty of these algorithmic adjustments is that hardly anyone will notice. And after a while the whole question of taking sides will be moot. That’s because only one side of the “debate” on Islam will be presented. Eventually, it will be taken for granted that there is and always has been only one side.