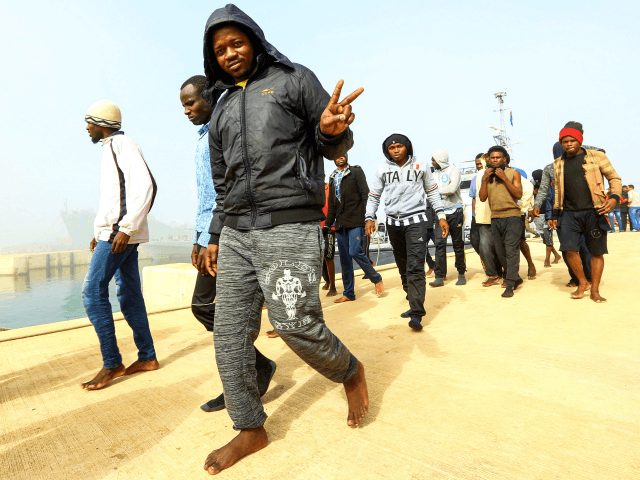 Up to two-thirds of sub-Saharan Africa’s 1.1 billion population want to migrate to Europe or to the United States, with millions planning to make the move in the next five years.

Around half of people in Kenya, Tanzania, Senegal, and South Africa, and three quarters of those questioned in Ghana and Nigeria, want to immigrate to the U.S. or Europe, according to a study by Pew Research Centre published Thursday.

Around 40 per cent of those in Senegal, Ghana, and Nigeria who want to leave said they intend to do so in the next five years.

At least one million sub-Saharan Africans have already migrated to Europe between 2010 and 2017. The majority, 970,000, were asylum seekers; the rest is comprised of Africans who have arrived as students, resettled refugees, and through family reunification.

Africa Expert Warns Western Aid May Have Contributed to Next Migrant Crisis https://t.co/JM030ani5t

Researchers found that it is not just poverty or terror (notably committed by Boko Haram [Islamic State] in Nigeria and al-Qaeda in West Africa) that is driving mass migration, but because Africans want to imitate their friends and relatives who have already successfully illegally immigrated to Europe.

Migrants from Cameroon, Nigeria, Senegal, and Ghana, included pregnant women, the young, and single men, on their way to Europe told German newspaper Die Welt: “We do everything we can to go to paradise.”

There are an estimated 50,000 migrants in Morocco and between 400,000 and one million in Libya who are preparing to illegally cross the Mediterranean to Spain and Italy, and likely northwards to wealthier nations in the European Union.

With birth rates of up to seven children per woman, by 2050 Africa’s population is expected to double.

“The demographic development is a ticking time bomb,” the EU’s ambassador to Niger, Raul Mateus Paula, told Die Welt. “If this development is not stopped, it could lead to a disaster,” he said, noting that all attempts to deter African migration have not caught on.

The EU is already plugging funds into the continent to prevent what the German newspaper referred to as the ‘second phase of migration’, with 600 million euros being made available to Niger alone by 2020.

Ambassador Paula called the preventative measures “a drop in the ocean”, saying that every impoverished country in Africa would need financial support and, besides the political instability and institutionalized corruption of many of these nations, it would take years for the measures to stem the tide of mass migration out of the continent.