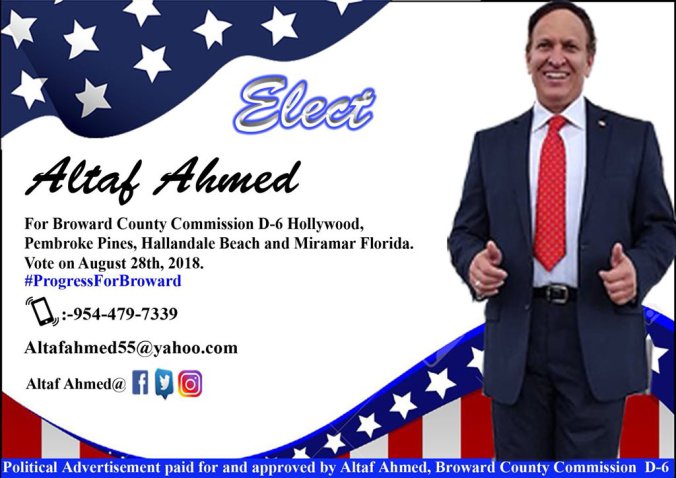 In Florida’s Broward County, the corruption runs deep. And it’s just the type of environment that Muslims thrive in.

One candidate for County Commission, Dist. 6 – Altaf Ahmed – claims to be the first Muslim to run for the county commission.

But a local website pointed out that the county commission already had a Muslim elected.

Why let facts get in the way of a campaign ploy.

Altaf Ahmed pals around with the most corrupt, terror-linked Muslims in America. There’s the unindicted co-conspirator to the 1993 World Trade Center bombing and infamous jihad preacher Siraj Wahhaj:

Feto Gulen-linked Muslims who believed Clinton would win the presidency.

And the biggest (and possibly most corrupt) loser herself, Hillary Clinton, who let the father of the Orlando Pulse Nightclub jihadi sit front and center at her campaign rally.

As we noted above, the corruption runs very deep in Broward County. Altaf Ahmed appears to be well connected to the corrupt Democratic machine and to terror-linked Muslims as well.