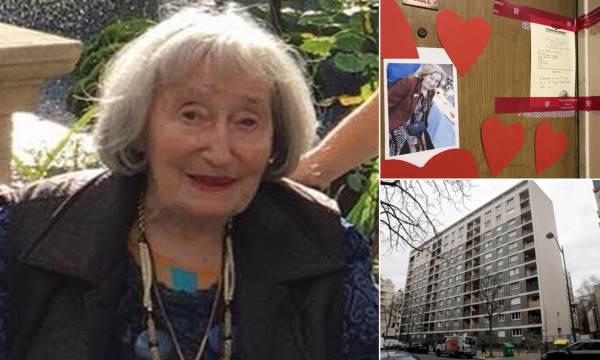 Yesterday, TGP reported about the 85-year-old Holocaust victim who was murdered, then burned, in Paris. Today, more information was released about the horrific attack – and it’s more disturbing than imaginable.

A Muslim man in Paris has been charged in the lethal stabbing of 85-year-old Holocaust survivor Mireille Knoll in her Paris apartment. The attack is currently being treated as an anti-semitic crime after it was revealed by a source close to the investigation “Allahu Akbar” was shouted as the murder was being committed. Knoll was reportedly targeted because “She’s a Jew, she must have money.”

The primary attacker, a convicted pedophile whose crimes include attacking a 12-year-old child, is said to have worked with a second assailant, a known vagrant burglar.

After the murder, the pair set fire to Ms. Knoll’s apartment, burning her body and everything with it.

Adding additional detail to an already horrific case, the Daily Mail reports that “Ms Knoll lived at the flat alone, and had treated one of the alleged attackers ‘as a son’ for more than 20 years, according to a source close to the case.”
Despite all these details being public knowledge, the police and prosecutors have refused to comment on the religious and racial backgrounds of the murders, misleadingly claiming that they are simply “French residents.”

The prime suspect is aged 29 and has convictions for sex crimes including attacking a 12-year-old girl. He lived next door to Mrs Knoll, and regularly used to visit her, after the pair first met when he was seven.

The second suspect is a 21-year-old homeless man who has convictions for burglary. Data related to both men’s phones place them at Mrs Knoll’s apartment last Friday evening, when the fire broke out. Both suspects deny the charges.

A French-Israeli MP Meyer Habib said he was convinced Mrs Knoll had become the victim of the ‘hatred and barbarism of an Islamist’, who ‘stabbed her eleven times in her family flat’