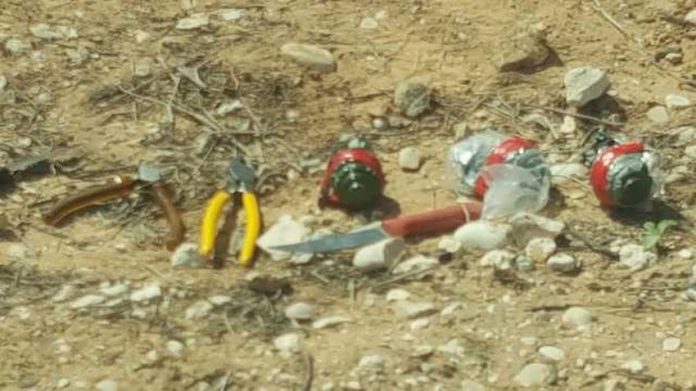 Three Hamas terrorists managed to breach the Gaza-Israeli security fence on Tuesday, March 27 for the second time in three days. This group was armed with grenades and knives. It managed to cover a distance of 20km and reach the big IDF Tzeelim base, before it was finally discovered and stopped.

The IDF spokesman had only this to say: The Palestinian infiltrators’ tracks were picked up near the border fence and followed by police trackers and sappers, who reached the gate of Tseelim in time to prevent an attack. The soldiers used a robot to defuse the grenades. The incident ended without casualties. However, hard questions are being asked, according to DEBKAfile’s military sources, about the IDF’s second major security fiasco in a week in its task of safeguarding the Gaza border against terrorist incursions. The military and police are deeply immersed in massive preparations to counter the “March of Millions” threatened by the Gaza’s Hamas rulers next Friday. But Hamas is stealing a march on Israel’s security forces, catching them by surprise before that date. On Sunday, a Hamas commando squad sabotaged the army’s counter-tunnel equipment. On Tuesday, an armed terrorist came within a hair’s-breadth of a full-scale terrorist attack on one of the IDF’s biggest bases in southern Israel. Tuesday, the Barzilai hospital in Ashkelon was put on a state of preparedness for an influx of casualties – both IDF service personnel and Palestinians in the Gaza Strip.