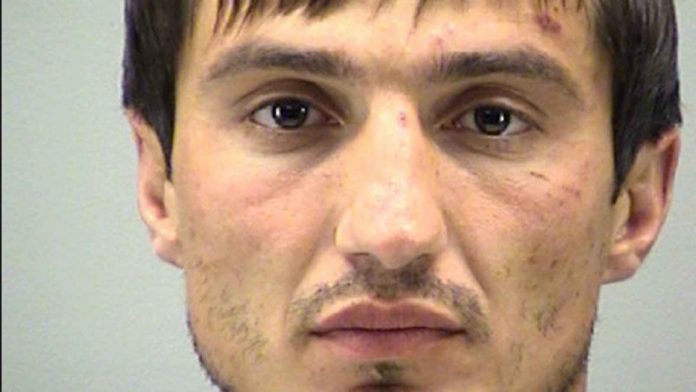 And no one is talking about it.

The worst anti-Semitic hate crime of 2018 took place outside a restaurant in Cincinnati, Ohio.

Izmir Koch, an Ahiska Turkish migrant who had already been in trouble with the law, allegedly demanded to know if there were any Jews around. A man who been at the restaurant replied that he was Jewish. Izmir punched him in the head, and then kicked him while he lay on the ground.

Now a federal grand jury has indicted Izmir for committing a hate crime. The violent assault was the single worst anti-Semitic hate crime of 2018. So far. And it’s generated very little interest from the same activists and media outlets who had been accusing the White House of not acting against anti-Semitism.

Izmir had already been facing two counts of felonious assault, one involving a deadly weapon, from 2016. He was found guilty a month after the Cincinnati assault, along with a number of comrades and family members. That assault had taken place outside their trucking company in Dayton, Ohio.

A former employee had come to collect the money that he was owed, and Izmir Koch, Baris Koch, Sevil Shakhmanov and Mustafa Shakhmanov allegedly assaulted him with crowbars, and possibly brass knuckles and a baseball bat. The victim, who apparently had a knife, fought back.

Izmir, Boris and Murad were Turkish Muslims from the former Soviet Union who had migrated to this country. A few years before that fight, the local media was talking up their “positive impact” on the community in Dayton. But it didn’t take long for the legal problems to begin. The benefits of bringing these Turkish Muslims to Dayton were quickly outweighed by the violence they had brought.

The Cincinnati assault is one of the most physically violent recent anti-Semitic attacks. But the perpetrator is a Muslim immigrant and the alphabet soup organizations don’t want to talk about it.

It doesn’t fit their profile or their agenda.

News stories about the Cincinnati attack don’t mention that the perpetrator is a Muslim immigrant. “Give me your violent, your bigoted, your anti-Semitic masses yearning to kill,” doesn’t sound as good.

Lefty Jewish organizations spend all their time forming alliances to support Muslim immigrants against President Trump. Meanwhile the DOJ is fighting the anti-Semitism that they refuse to fight.

While the media and these organizations ignore the most violent anti-Semitic assault of the year, they have been lavishing attention on (((Semitism))), a book by the New York Times’ Jonathan Weisman. The thesis of (((Semitism))) is that Muslims are our natural allies and the worst anti-Semitism today is the alt-right trolling on Twitter. Israel is an unfortunate distraction from all the merchant memes and hashtags.

“Stop obsessing about Israel,” the New York Times writer barks at Jews, “Reach out to Muslim groups, immigrant groups.” Weisman is welcome to reach out to Izmir Koch. But he should watch his eyes.

Tweets of Jews in gas chambers may be ugly, but Cincinnati reminds us of that actually dangerous anti-Semitism looks like an anti-Semitic Muslim thug beating you hard enough to fracture your eye socket.

The triple parentheses that some on the alt-right use to mark Jews had their own counterpart in the New York Times which published a list of Democrats opposed to Obama’s Iran deal, and marked which were Jewish inyellow. Weisman was the man behind the left’s version of the triple parenthesis. And his response to being called out was his own version of the alt-right’s “just kidding” wrongfooting gambit.

(((Semitism))) is only the latest example of how discussions about the rise in anti-Semitism elide the perpetrators actually committing serious crimes and instead dwell endlessly on Twitter Nazi trolls.

The ADL’s widely hyped figures noted that more than half of the anti-Semitic assaults in the country were reported in New York. Quite a few of the serious incidents happened in Brooklyn neighborhoods like Crown Heights and Williamsburg where the only white people are lefty hipsters. The rest are largely African-American and Latino. The first listed assault in Brooklyn was carried out by black teens.

The targets of these assaults are frequently Orthodox Jews who are visibly identifiable as Jewish.

The ADL’s own numbers show that anti-Semitism rates among African-Americans in some years have been nearly twice as high as among the general population. That’s why Tamika Mallory, Barack Obama, Keith Ellison and so many others were comfortable palling around with Louis Farrakhan and the Nation of Islam. It’s why Al Sharpton and Jesse Jackson are black leaders instead of cautionary tales.

That’s a quite different reality from the one that exists in (((Semitism))) and similar narratives. And yet it’s what violent anti-Semitism actually looks like. And it’s what no major organization wants to discuss.

And even when it comes to rhetoric, they would rather talk about Twitter than real life.

On the University of California-Santa Cruz (UCSC) campus, African/Black Student Alliance protesters harassed Jewish students celebrating Israeli Independence Day with shouts of “Free Palestine” and “F*** Jewish Slugs”. This is the sort of thing that Weisman and (((Semitism))) want us to ignore.

And when is praising Hitler and cheering the Holocaust on Twitter not a problem? When Muslims do it.

Canary Mission is constantly documenting anti-Semitism by members of campus hate groups such as Students for Justice in Palestine, including calls for Jewish genocide, and praise for Hitler. But unlike the same behavior by the alt-right, no major Jewish organization wants to pay attention to the crisis.

MEMRI has documented multiple mosques in the United States preaching the mass murder of Jews.

It’s no surprise that the worst anti-Semitic hate crime of 2018 was committed by a member of a religion whose leaders praise the Holocaust and preach a final apocalyptic conflict between Muslims and Jews.

And it’s also no surprise that lefty Jewish groups enabling Islamic migration don’t want to talk about it.

The Koch clan went from an immigrant success story to a violent nightmare in a matter of years. But the nightmare was always there. We just chose not to see it. And we still aren’t seeing it.

The numbers are even worse for Muslims.

The ADL claims that in the United States it’s only 34%. Even if that’s true, that’s more than three times as high as white Americans.

But not all attitudes are created equal. Most people have some sort of prejudices. But very few will actually violently lash out at someone, especially a total stranger, the way Izmir Koch allegedly did.

Islamic bigotry doesn’t just stay private. It can turn into a lot more than just a joke or a little graffiti.

The Koran doesn’t just preach hatred. It urges the devout to act on that hatred. That is the ground zero of terrorism. It’s why Jews have been repeatedly targeted in acts of Islamic terror in America.

And why these crimes have been repeatedly whitewashed, brushed aside and forgotten.

That’s why we aren’t talking about a man lying bleeding on the street because a Turkish Muslim immigrant thought he was a Jew.