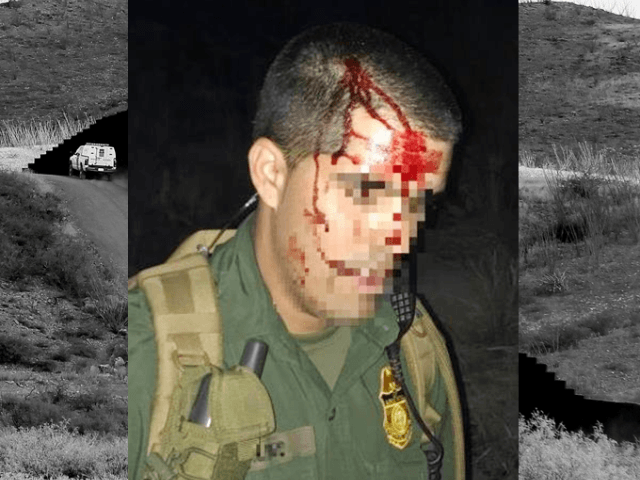 Illegal immigrants crossing the border assaulted more than 80 Border Patrol agents in February. The incidents account for more than 85 percent of the assaults on U.S. Customs and Border Protection law enforcement officers.

During the first six months of Fiscal Year 2018, CBP officials reported assaults on 312 Border Patrol agents, according to a CBP report released on April 6. Eighty-two of those occurred in February, a month where the apprehension of migrants crossing the border jumped by 203 percent over the same period in 2017.

In year-to-year comparisons, assaults on Border Patrol agents are down by 32 percent. However, that comparison last month showed a decrease of 44 percent. During Fiscal Year 2017, CBP officials reported assaults on 847 law enforcement officers. This represents the highest number of assaults in the past six fiscal years.

Assaults on CBP Office of Field Operations officers jumped by 50 percent during the first six months of FY 2018. The April 6 report shows assaults on 36 CBP officers — up from 24 in the same period the year before. Assaults on CBP Air and Marine Operations personnel rose from four in FY 2017 year-to-date numbers to 18 in FY 2018.

CBP officials reported that a 25-year-old illegal immigrant from Honduras assaulted a Border Patrol agent as they attempted to make an arrest. The agent received a head wound that bled profusely. Despite his injury, the agent used his paramedic training to provide assistance to the Honduran man who assaulted him before allowing other agents to treat his own injury, Breitbart Texas reported in March.

The Honduran man faces charges of assaulting a federal agent.

Sessions promised swift and sure prosecution for any illegal immigrant assaulting an agent during an April 2017 speech to agents and CBP officers in Arizona, Breitbart Texas reported.

Under Sessions’ memorandum issued that same day, the AG promised, “Prosecution to the extent practicable cases of assault, resisting, or impeding officers engaged in the performance of their duties in administrative and criminal immigration enforcement.”

Border Patrol agents are assaulted more often than any other federal law enforcement agency, then-Border Patrol Chief Mark Morgan testified to the Senate Homeland Security Committee in November 2016, Breitbart News reported. Acknowledging the more that 200 percent increase in assaults on agents at that point in the Fiscal Year 2017, Morgan testified that Border Patrol agents are “the most assaulted federal law enforcement (agents) in the United States.