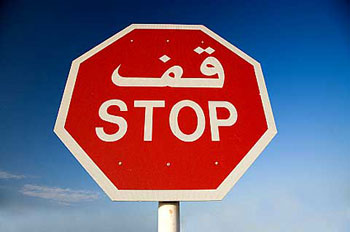 Over the past few years, Americans have gradually begun to realize that something’s rotten in the state of Michigan. After numerous incidents, there is no denying that Michigan has a problem, and it’s coming from its fast-growing Islamic community. Truthfeed  By now, many Americans have heard the horror stories coming from certain areas in Michigan, specifically Dearborn and Hamtramck, which have become inundated with Islamic migrants and communities.

In fact, Hamtramck is listed as a majority-Muslim city, and is governed by only Muslims, while Dearborn is considered the “Muslim capitol of the US,” at over 50% Islamic, and is home to America’s biggest Mosque.

The annual Arab-American Festival in Dearborn (below) was permanently cancelled a few years ago after Christians were beat up and had rocks thrown at them by Muslims at the festival. The lawsuit that resulted from the attack rendered the festival impossible to insure after that and forced its cancellation. Now, Michigan may be headed towards becoming the first state in American history to elect a Muslim governor, a man named Dr. Abdul el-Sayed.

At only 32, el-Sayed has accomplished a lot already; he’s a doctor, a teacher, and a possible candidate for the governor of one of the largest states in the US. What’s troubling is that el-Sayed is backed by the Muslim Brotherhood, a terrorist organization, and would be stepping into a position of extreme power in a state that is already experiencing a massive threat of Islamic takeover.

The thing is, the Muslim Brotherhood, who has been quite clear on their goals of taking over the United States, uses people like Doctor el-Sayed to achieve power, and then begin working to dominate host areas. El-Sayed is the perfect candidate for them: he’s well received by many, speaks well, without an accent, and has a very “Barack Obama” like charisma that will certainly be used to his advantage.

By using a “Trojan horse” figure like Dr. Abdul el-Sayed, the Muslim Brotherhood is one step closer to achieving their goals for an Islamic takeover of the United States, as was clearly outlined in documents found by the FBI years ago.

A governor like el-Sayed, in an already Islamic-heavy area such as Michigan, could be just the foothold the Muslim Brotherhood needs to begin establishing laws that are formed around Islam, and then working towards their implementation in the rest of the country.

Similar events have unfolded across the world, throughout history, and many Western countries are experiencing their own struggles with this very thing to this day. The Muslim Brotherhood has clearly outlined their plan, and believe that it would take them 30 years to completely take over America in the name of Islam.

The scary part, is that they planned this some 27 years ago.