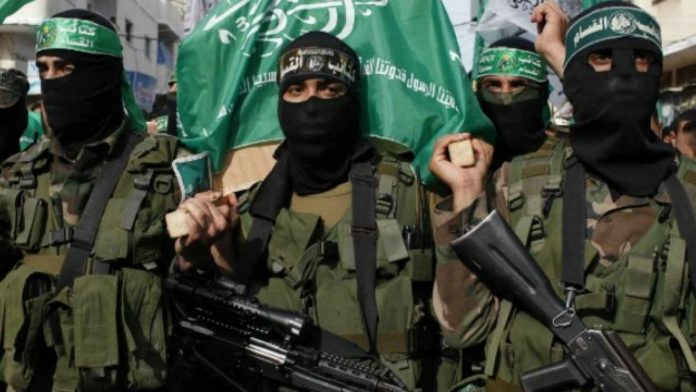 The victim of the April 6 killing was identified as Yasser Murtaja, a “videojournalist” and “30-year-old father” who had co-founded Ain Media, a production company that works with the BBC, Al Jazeera, and other foreign media. In this instance, Murtaja was working for an NGO called Norwegian Refugee Council (NRC).

At the time he was shot, according to the NTB news agency report that ran in all three major Norwegian dailies, Murtaja was “over 100 meters from the Israeli border fence” and wearing a bulletproof vest “clearly marked PRESS.” The NTB story added that “according to Palestinian sources,” Murtaja “had no ties to Hamas or other militant groups.” (In the Norwegian media, “Palestinian sources” are treated as reliable in such matters.) On April 7, several hundred mourners attended Murtaja’s funeral.

Now, anyone who has seen Richard Landes’s 2005 documentary Pallywood, or who is familiar with the case of Muhammed al-Durrah, knows that any news story involving a supposed “Palestinian journalist” should be regarded with at least a soupçon of suspicion. For one thing, Palestinians who call themselves journalists have routinely faked videos of Israeli atrocities and sold them to gullible Western media. For another, Palestinian terrorists have used press badges to get close to the enemy. NGOs like the NRC are well aware of this conduct. Some overlook it. Others are in on it. (An official of another NGO, World Vision, is currently on trial for funneling millions of dollars to Hamas to fund terrorist activities.)

April 8 saw another round of splashy Norwegian newspaper stories about Murtaja. The Norwegian Union of Journalists, they reported, had condemned Murtaja’s killing and called for a UN investigation. Israeli Defense Minister Avigdor Lieberman, however, refused to apologize for Murtaja’s death, noting that members of Hamas routinely dress up as Red Crescent personnel or as journalists. The Norwegian media treated Lieberman’s comment dismissively. Nor, when NGO Monitor issued a press release on April 10 stating that Murtaja had “reportedly been exposed as an officer in the Hamas terrorist group,” did the Norwegian media so much as mention it.

No surprise there. While a wide swath of the Norwegian political and media establishment has been chummy with Hamas, that same establishment takes a highly negative view of NGO Monitor. Witness the snide statement, in a 2015 Dagbladet article by Maren Sæbø, that NGO Monitor “sees it as its task to criticize the UN, Human Rights Watch, Amnesty International, Christian Aid, and Oxfam.” (Sæbø didn’t bother to offer specifics that would show just how deserving these groups were of NGO Monitor’s criticism.) NGO Monitor head Gerald Steinberg and his staff, sneered Sæbø, are not “particularly fond of Israeli human-rights groups.” (In fact, the groups Steinberg isn’t fond of are those that support terrorists and seek the destruction of Israel while hiding behind the words “human rights.”)

On the same day that it issued its press release on Murtaja, NGO Monitor put out a second release about another Norwegian NGO – namely, Norwegian People’s Aid (NPA), known in Norway as Norsk Folkehjelp. Financed by Norway, Sweden, the United States, Switzerland, the United Kingdom, Netherlands, the European Union, and Japan, NPA calls itself “the labour movement’s humanitarian solidarity organisation.” Alas, the truth is a bit different from this cozy self-description: citing the U.S. Department of Justice, NGO Monitor revealed in its press release that NPA had “provided ‘material support’ to Iran, Hamas, the Popular Front for the Liberation of Palestine (PFLP), and the Democratic Front for the Liberation of Palestine (DFLP) – designated terrorist organizations under U.S. law. As a result of these partnerships, in March 2018, NPA settled a civil-fraud suit, paying a $2 million settlement to the U.S.”

Norwegian tax money going to terrorists? You’d think this would be something of a news item in Norway. Nope. Searching the major Norwegian newspapers, I could only find one mention of it. And the story in question, which appeared in Dagbladet, didn’t take the supporting-terrorists angle: under the headline “NPA pays 16 million [kroner] to avoid trial in U.S.,” Dagbladet quoted NPA official Per Nergaard as insisting that his organization had only twice had any contact with governments or groups on the U.S. ban list, and that those contacts had been exceedingly tenuous: one, he asserted, had involved a “seismic operation and explosives elimination for Norsk Hydro in Iran” and the other, “a course in democracy and human rights” whose attendees had happened to include Hamas members.

Not to put too fine a point on it, but Dagbladet‘s article was a total whitewash. It failed to mention that, as NGO Monitor put it, an NPA “partner organization” called the Union of Agricultural Work Committees (UAWC) “is linked to the PFLP terrorist organization.” Nergaard spoke of “a course in democracy and human rights”; NGO Monitor noted that NPA had in fact “funded numerous workshops” that had provided terrorist leaders with tips on winning “youth support.” NGO Monitor quoted U.S. Attorney Geoffrey S. Berman: “For years, Norwegian People’s Aid obtained grant money from USAID by falsely representing that it had not provided, and would take reasonable steps to ensure that it did not knowingly provide, material support to prohibited parties under U.S. law.” As far as I’ve been able to determine, that quotation appeared nowhere in the Norwegian media.

Nor did the Norwegian media address NPA’s role in the boycott, divestment and sanctions campaign against Israel (a malignant movement one of whose flagship organizations, the Students for Justice in Palestine, is the subject of an exhaustive new pamphlet put out by the David Horowitz Freedom Center). As NGO Monitor reported, NPA lobbied for the Norwegian state pension fund to divest from Israeli firms and helped publish a document alleging “that Norwegian companies are participating in international law and human rights abuses” by investing in Israel. NPA also works closely with a number of poisonously anti-Israeli Palestinian NGOs.

In a region awash in fake human-rights organizations, terrorists masquerading as reporters, and prominent activists and religious figures who speak benignly of peace and love while privately supporting violence and mayhem, NGO Monitor performs an invaluable service, reliably sorting it all out and striving to separate the truth from the lies. Gerald Steinberg and his crew deserve immense credit for the remarkable work they do. But you’d never know that from reading much of the mainstream European media.