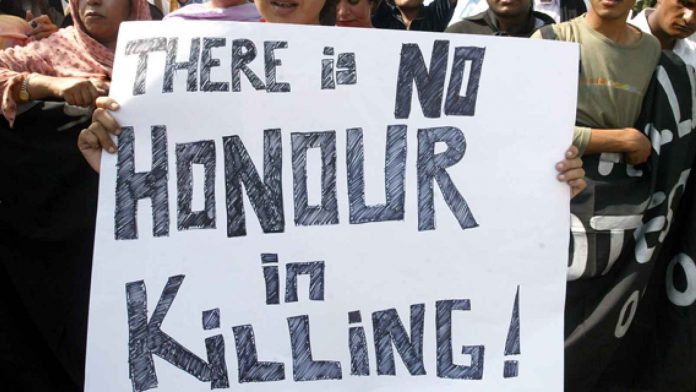 After living for many years in Oslo, I’ve been based for the last few years in Notodden, a town of about 12,000 people that is located in the mountains about two hours’ drive due west from the Norwegian capital. Notodden, Norway’s ninetieth largest municipality, used to be most famous as the headquarters of the energy firm Norsk Hydro; it’s now best known for its annual blues festival, which is held every August and which in recent years has featured a “blues school” run by Steven van Zandt. This year it will feature Bonnie Raitt.

Blues is big in this town. So are antique American cars. In short, this isn’t exactly a hub of European anti-Americanism. The locals tend to be down-to-earth, unpretentious, hard-working. Many of them take much the same jaundiced view of Oslo that middle Americans take of Washington, New York, and Hollywood. Living here is not all that different, I suspect, from living in the mountains of Kentucky or Tennessee.

So it’s a measure of the rapidity with which things have changed in Europe that even here in Notodden, there are women in hijab all over the place. The other day I was on a local bus, and the majority of passengers were women in hijab. There was a little girl in a pram – she was in hijab, too.

On another recent day I was alone on the bus with the driver, a Bulgarian immigrant who knows that I’m American and with whom I exchange pleasantries from time to time. He took advantage of the fact that we were alone to say to me: “Why does everybody criticize Trump so much? I don’t think he’s so bad.” After I volunteered that I think Trump is actually pretty darn terrific, he was quick to agree.

The other day I found in my mailbox a copy of Phyllis Chesler’s new book A Family Conspiracy. It’s a collection of ninety-nine of her articles about honor killing. The earliest of these articles dates back to 2004, a time when many people in the West were just starting to hear about this most alien-sounding of cultural practices. It is a depressing topic to read about and to write about. But it’s vital to know about, because for those of us in the West, alas, it’s no longer alien. Phyllis – a feminist heroine who has been a friend and idol of mine ever since I met her many years ago at a women’s rights conference in Rome – knows more about honor killing, and has read and written about it more extensively and effectively, than anyone else I can think of. Her new book is a perfect introduction to the subject, rich in insight and packed with harrowing accounts of these monstrous crimes. Some of them took place in Iraq, Turkey, India, Pakistan, Israel, Finland, Britain; others happened in North America – in such cities as Toronto, St. Louis, Dallas, Buffalo, Chicago, Jersey City, Ottawa, and New York.

One of the grim lessons of this book, indeed, is that wherever you live, an honor killing has occurred somewhere not too far afield. Some girl in hijab whom you might have passed one day on the sidewalk or in a grocery store may well have gone home that very day only to be thrown to the floor by her brother and held down by her mother while her father opened her throat with a knife. All in punishment, of course, for a violation of some tenet of sharia – for example, stepping outside the family home without parental permission, or without a male escort, or without having her hair properly covered. Such are the offenses that can instantly unite the members of a Muslim family in a tidy and barbaric intrigue to eradicate their daughter, their sister, their mother.

Such brutal offenses happen in the West with increasing frequency. And yet for most Americans, the topic continues to feel unutterably alien.

On April 10, Aftenposten reported that a woman in her late thirties had been found dead the day before in her apartment here in Notodden. The woman was originally from somewhere in North Africa, and had lived in Notodden with her child since December of 2016. She had been attended Norwegian language classes. Her body had been discovered because her child (apparently a very small child) had been heard crying in a corridor of the apartment building.

The next day brought more news. The dead woman’s ex-husband had been arrested and charged with her murder. An acquaintance of the dead woman described her as “a wonderful person and a very good mother” who had lived in fear of her ex. She had, in fact, moved to Notodden with her child from somewhere in northern Norway – where her husband still lived – in order to escape him. He had made threats, of which officials in Notodden had been aware.

On April 17, the murder victim was identified as Houda Lamsaouri, a 38-year-old Moroccan citizen. A neighbor told the regional newspaper TA that she had been eager to learn Norwegian, find a job, and start a new life. “She was a quiet, kind person who was also smart,” the neighbor said. Also, she was a “very sweet mother” who “just wanted a peaceful life.” The same TA article described her ex-husband as a 53-year-old Syrian whom she had charged with violence back when they were living together up in Harstad, about 1000 miles north of Notodden. More recently, the couple had been involved in a legal dispute over the custody of their child – a dispute that was settled last month when full custody was awarded to the now-deceased mother.

“Becoming too ‘Westernized,’ wanting to choose one’s own spouse, refusing to marry a first cousin, daring to have infidel friends or allegedly engaging in sex outside of marriage – all are killing offenses,” writes Phyllis Chesler in her introduction to A Family Conspiracy. As far as I can see, nobody in the Norwegian press has yet used the term “honor killing” (in Norwegian, æresdrap) to describe the murder of Houda Lamsaouri. But at present it certainly seems likely that she was the victim of an honor killing. Indeed, she appears to have done pretty much everything a Muslim woman can do to merit cold-blooded slaughter under sharia law: she left her husband, took her child with her, lived alone without a male guardian or chaperone, attended language classes (probably in the company of infidels), and aspired to an independent life and career in a free, secular country.

And her ex-husband, by all indications, killed her for it. And it happened right here, in the obscure town I live in, in a little white building that I have passed a thousand times.