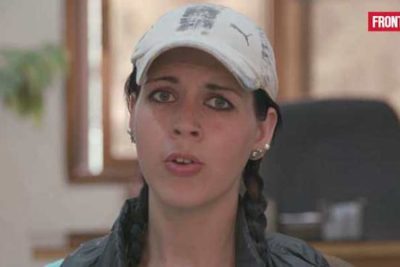 The Muslims, according to their scripture (the scripture leftwing elites demand we respect) are entitled to this.

Sex slavery is sanctioned under Islam. At the risk of repeating myself for the umpteenth time, sex slavery and rape of the infidel is sanctioned and rewarded under Islam. Muslim clerics all over the world confirm the right to have sex slaves. It is in the Qur’an — the word of Allah. Politicians and courts of law keep turning a blind eye, law enforcement keeps ignoring it, so this pox on our communities will continue to get worse.

Following a victory, Muhammad would usually distribute the captives, both male and female, as slaves to his soldiers. And Muhammad is the “perfect example for Muslims.” According to Islamic law, Muslim men can take “captives of the right hand” (Qur’an 4:3, 4:24, 33:50). The Qur’an says: “O Prophet! Lo! We have made lawful unto thee thy wives unto whom thou hast paid their dowries, and those whom thy right hand possesseth of those whom Allah hath given thee as spoils of war” (33:50). 4:3 and 4:24 extend this privilege to Muslim men in general. The Qur’an says that a man may have sex with his wives and with these slave girls: “The believers must (eventually) win through, those who humble themselves in their prayers; who avoid vain talk; who are active in deeds of charity; who abstain from sex, except with those joined to them in the marriage bond, or (the captives) whom their right hands possess, for (in their case) they are free from blame.” (Qur’an 23:1-6) A manual of Islamic law directs: “When a child or a woman is taken captive, they become slaves by the fact of capture, and the woman’s previous marriage is immediately annulled” (Reliance of the Traveller, o9.13). (Source)

“American ISIS wife whose son starred in sick propaganda video tells how her husband kept two sex slaves in their home after they left Indiana for Syria,” by Sara Malm, Mailonline, April 12, 2018 (thanks to The Religion of Peace):

An American woman whose husband died fighting for ISIS has spoken about life in the ‘caliphate capital’ in Syria for the first time.

Sam El Hassani claims her husband Moussa tricked her into crossing the Syrian border during a holiday to Turkey in 2015, where he joined ISIS as a jihadist fighter.

She reveals she found herself living with their children in Raqqa, along with two Yazidi girls her husband kept as slaves in their home, which he ‘repeatedly raped’.

In a documentary for PBS Frontline and BBC Panorama, Mrs El Hassani details how she went from happily married in Indiana to a widow with four children in a Kurdish prison in Syria.

The couple had been married for five years and were living ‘a great life’ in Indiana with their two children.

But – she claims – she did not see that her husband, a Moroccan national, was becoming radicalized, and in 2015 he lured her and the children into Syria and to ISIS’s now-defeated ‘capital’.

‘We ended up in Raqqa,’ she says in an interview from the upcoming documentary.

When asked why she did not take her children and run, she says; ‘You have to understand, I was afraid for our lives.’

During their time in Raqqa, Mrs El Hassani had two more children, and was forced to watch her oldest son used in an ISIS propaganda video that shocked the world.

Last July, ten-year-old Matthew could be seen calling U.S. President Donald Trump ‘a puppet of the Jews’ in a video which saw him threaten terrorist attacks on the West.

‘Allah has promised us victory and promised you defeat,’ Matthew is seen saying while standing on the rubble of bombed buildings in Raqqa.

‘The battle is not going to end in Raqqa or Mosul, its going in your lands. By the will of Allah, we will have victory, so get ready for the fighting has just begun.’ …