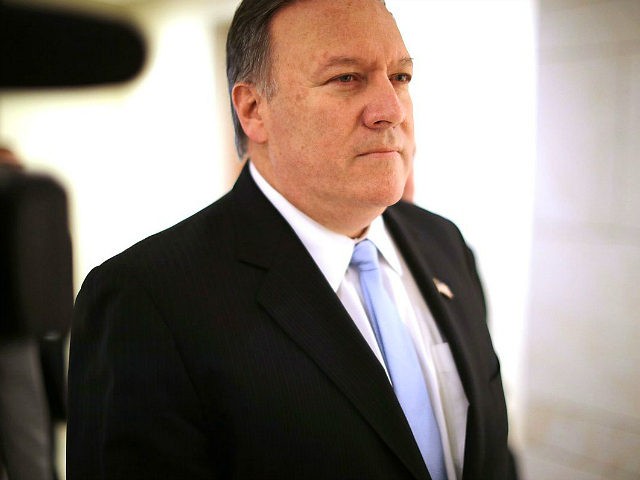 All three are Democrats in red states that went overwhelmingly for President Trump in 2016. Before they announced their support, Democrats had been lining up against Pompeo, threatening his confirmation.

However, last week, Heitkamp announced her support, and Manchin and Donnelly followed soon after. All three face tough re-election fights this November.

Before they announced their support, it seemed that Democrats were attempting to sink Pompeo’s nomination, including some who had voted to confirm him as CIA director.

A Senate Foreign Relations Committee vote to confirm Pompeo will be held Monday at 5 p.m. Eastern. With Paul voting against him, Pompeo is not expected to get a favorable vote from the committee, but his nomination is still expected to advance to the Senate for a vote.

Heitkamp’s announcement last week ensured that Republicans would have the votes to confirm Pompeo.