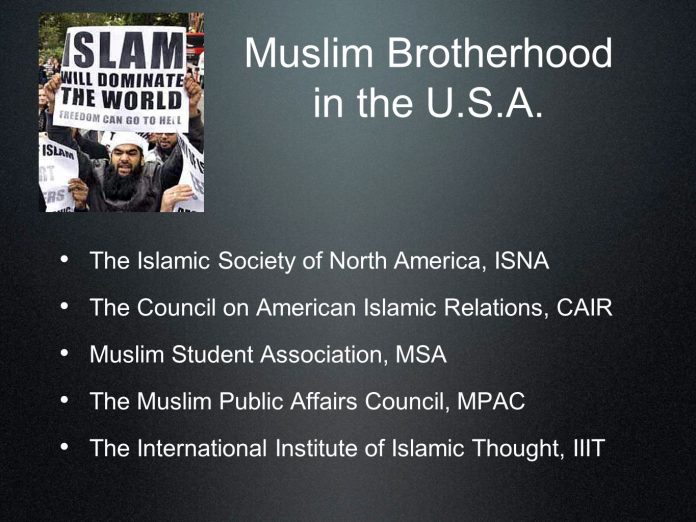 The media is NOT the media of years ago.  We once were able to read investigative reporting, where they did research and reported facts.  In the electronic age, this is no longer the case.  It’s all about opinions and slander, rather than stating facts and real journalism.  Just look at the White House Correspondence dinner!  It’s now up to individuals to find the facts and stand against the false accusations that is now the “media” or MSM as they are referenced.

A Michigan state Senator running for Governor did his research and alerted his constituents about Sharia, the Muslim Brotherhood, and it’s affiliates.  Next, the “media”, his colleagues in the state Senate, and his own party began attacking.  NOT refuting, NOT presenting facts to change his stand, but verbally attacking him.   That is a mobster mentality and bullying for the sake of shutting it down.  Thankfully, the Senator did not back down!

Now the real investigative journalists/national security intelligence analysts are taking a stand to prove the Senator is correct… Sharia is here, the Muslim Brotherhood does exist, the Muslim Student Association is on most every campus across America, and the Explanatory Memorandum is the guide to Civilization Jihad against North America!

Here’s the Senator and the national security analyst responses (some are individual posts here on The United West):

Michigan: Gubernatorial candidate slammed by both parties by pointing out reality of “civilization jihad”

A Democrat candidate for Governor of Michigan. Who Are His Friends/Supporters?

Michigan Candidate for Governor – “Brave Enough to Stand Against Sharia”

Correcting Disinformation on Shariah from Buzzfeed

Each one of these articles or videos are laid out from factual information.  Dispute them or stop the attacks!  When did this country get based on lies, name-calling, and character assassination?

This is NOT just a Michigan issue!  It’s a national issue!