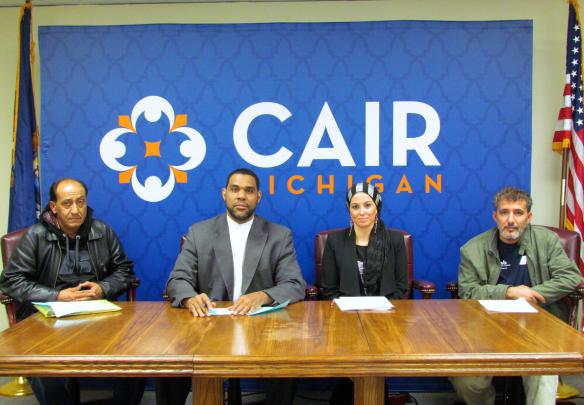 Wednesday, the Department of Justice/FBI will continue its 17-year practice of meeting quarterly with representatives of the Muslim community in southeast Michigan. It’s called a BRIDGES meeting. BRIDGES stands for Building Respect in Diverse Groups to Enhance Sensitivity.

Not security, which should be the FBI’s mission. Sensitivity.

Indeed, the U.S. Attorney’s office in Michigan no longer even mentions trying to prevent jihad as the mission of BRIDGES. Rather, the point is “to ensure that all Americans receive the full protection of the Constitution and laws of the United States.” The stated target is alleged Islamophobia.

Jihad, in fact, has been defined away as a threat to security. At the last meeting, Bushra Alawie, an “outreach” specialist with the FBI in Detroit, claimed that jihad means “inner struggle” — e.g., her struggle not to eat cheesecake — as well as the struggle to defend one’s property.

To whom does the FBI “reach out” by inviting to BRIDGES meetings? A heavy dose of CAIR personnel.

CAIR stands for Council on American Islamic Relations. The Department of Justice named CAIR an unindicted co-conspirator in its prosecution of the Holy Land Foundation and others for providing support to the terrorist group Hamas. The court in that case sustained the designation.

Moreover, the head of CAIR Michigan, Muthanna Al-Hanooti, was convicted in 2011 of conspiring to work for a foreign government by running a group that supported the Sunni-led insurgency in Iraq against U.S. forces. Yet, Al-Hanooti is among those invited to meet with the FBI/Justice tonight.

So is Dawud Walid, the current head of CAIR Michigan. He has claimed that “the number one perpetrators of terrorism in the United States. . .are not Muslims; they are actually white men.” This too is BS.

Lena Masri, CAIR’s national litigation director, is also on the invitee list. She leads CAIR’s resistance to President Trump’s travel ban. That’s her (and CAIR’s) right, of course. But why is the Trump administration Justice Deparment/FBI collaborating with her?

What will go down at tonight’s meeting? Most likely, the same kinds of things that occurred a few months ago. A report from the last meeting states that it served as “a fresh reminder of how the FBI has made a concerted effort to divert the eyes of law enforcement away from Muslim communities as potential breeding grounds for terror, and refocus attention on ‘Islamophobic’ American citizens.” Nearly the entire meeting was “spent focusing on Islamic religious and cultural practices and trying to debunk any derogatory information police officers may have received about Islamic ideology.”

One eyewitness said that guests of the American Middle Eastern Christian Congress were refused the right to record the meeting. By contrast, according to the same witnesses, the right to record was granted to the Arab American News. If true, this means that the DOJ/FBI discriminated against Christians and in favor of Muslims.

The BRIDGES program should be suspended, pending an investigation by Main Justice. If the meetings are reinstated, they should reflect a more balanced, more realistic assessment of the threats our country faces from terrorists. All elected Michigan representatives in Congress should be invited. I’m told that currently only Rep. Debbie Dingell, a left-liberal Democrat, is.

And, of course, Christian groups should have the same right to record the meeting as Muslims do.

It’s difficult to imagine a government operation more out of line with the views expressed by candidate Donald Trump than BRIDGES, as presented constituted. The program can be viewed as a pocket of “resistance” within the administration. Couple that with the program’s willful blindness to the threat of jihad, and the need to stop BRIDGES in its tracks could hardly be more obvious.