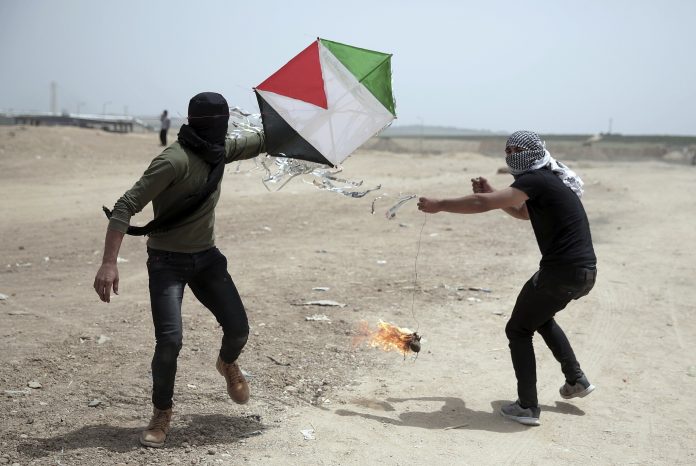 Hundreds of dunams of crops caught fire Wednesday in the fields of Kibbutz Be’eri adjoining the Gaza Strip when a burning paper kite was tossed over the border from Gaza. This was the third such incident in the past week. Fire fighters are already being called out to deal with flames carried across the south by strong seasonal winds and dry weather. The fire brigade has asked children to forego the traditional Lag Be’Omer bonfires Thursday night. Farmers next door to Gaza were advised to submit compensation claims to the government for damage caused by hostile attacks on their property by a children’s toy used as a terrorist weapon.