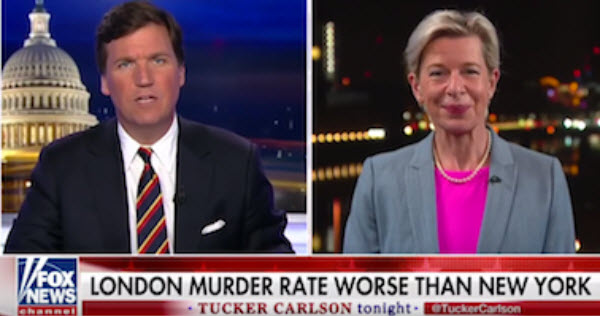 Frequent Fox News commentator, and global columnist for The Rebel Media,Katie Hopkins will provide a firsthand account of the No-Go Zones from Sweden to Sicily, de facto Sharia in the U.K., a surge in terror attacks in London and even Imams selecting which police officers are allowed to patrol near their mosques.
She will reflect on her current Michigan fact-finding tour, draw comparisons that Americans need to hear, and ponder why Republicans and Democrats would prefer to act as is nothing is wrong.
Here’s a message from Katie:
Are the nine million residents of Michigan on the same road to Sharia-dominance as the nine million residents of London? Will Michigan set the trend for America?
If you import enough people who will vote for you, you can become Mayor. That’s the lesson the U.K. has learned from its Muslim Mayor Sadiq Khan, who has lost control of crime in the capital, but is still able to find the time to ban ads featuring women in bikinis on the subway, and yet approve ads for Allah and Ramadan on our London buses.
In our capital, 4 people have been shot in the last 24 hours, the youngest of whom was just 13.
And it looks as if Michigan voters could be sleepwalking into the same future for themselves. Michigan could be the first state to elect a Sharia-compliant Muslim Governor. Indeed, Abdul El-Sayed would be the United States’ first. But I can tell you from experience, he is the way-finder, and he will be followed by legion more.
Do not become the U.K. Do not fall as we have fallen.
Katie
Here’s the Link to Register
After registering, you will receive a confirmation email containing information about joining the webinar.