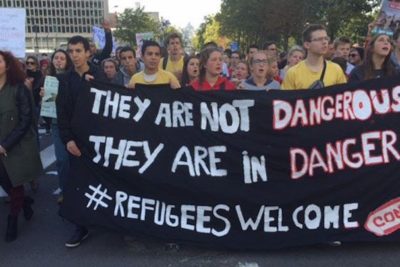 What’s Finland’s, and much of Europe’s, answer to this horror? More migrants, of course. And the Democrats are working hard to bring it here.

The findings of this study are no surprise, and this rape jihad won’t stop, because sex slavery is sanctionedunder Islam. As I have explained numerous times, sex slavery and rape of the infidel is sanctioned and rewarded under Islam. Muslim clerics all over the world confirm the right to have sex slaves. Sex slavery and rape is in accordance with Quran chapter and verse. Sex slaves are war booty. Following a victory, Muhammad would usually distribute the captives, both male and female, as slaves to his soldiers. And Muhammad is the “perfect example for Muslims.” According to Islamic law, Muslim men can take “captives of the right hand” (Qur’an 4:3, 4:24, 33:50). The Qur’an says: “O Prophet! Lo! We have made lawful unto thee thy wives unto whom thou hast paid their dowries, and those whom thy right hand possesseth of those whom Allah hath given thee as spoils of war” (33:50). 4:3 and 4:24 extend this privilege to Muslim men in general. The Qur’an says that a man may have sex with his wives and with these slave girls: “The believers must (eventually) win through, those who humble themselves in their prayers; who avoid vain talk; who are active in deeds of charity; who abstain from sex, except with those joined to them in the marriage bond, or (the captives) whom their right hands possess, for (in their case) they are free from blame.” (Qur’an 23:1-6) (source)

“93% of migrant sex crimes in Finland are committed by migrants from Islamic countries – Study,” Voice of Europe, May 14, 2018 (thanks to RN):

An investigation into Finland’s police data by the country’s police academy, shows that 131 Finnish citizens became victims of sex crimes committed by asylum seekers in the year 2016. A total of 1052 asylum seekers were suspected of crimes in 2016 and virtually all were men, who together represented 29 nations. Two thirds were Iraqis and the age of the suspects was evenly distributed.

Finnish women were victims in 8 out of 10 cases committed by mostly Muslim asylum seekers: 108 out of 116 suspects of sexual offenses came from Islamic countries like Iraq (83), Afghanistan (14) or Morocco (6).

Almost half of sexual offenses were committed against Finnish girls under the age of 18 of which some were seeking men to access tobacco and drugs, the study says.

Among the sexual offenses that asylum seekers were suspected of rape is the most common, with 32% of the reports. Almost one in 7 cases, or 16%, were about was gang rape and another 16% of the reports were for sexual harassment….