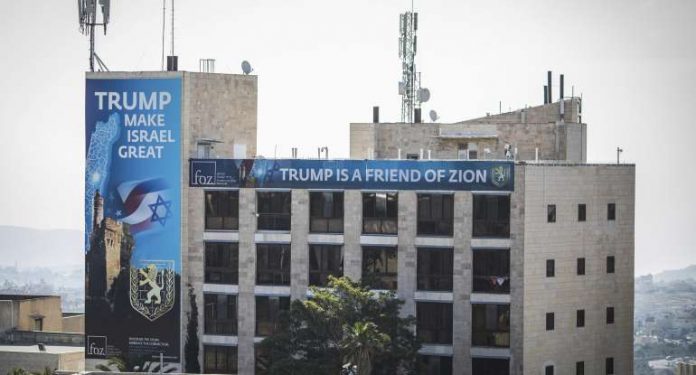 The United West with Dr. Roni Wexler and Heritage Study Programs planned a tour of Israel, with Judge Jeanine Pirro, nearly a year out from it’s scheduled dates (May 5 – 15, 2018).  Then learned that so much more was happening during the tour dates that it became quite an historic time to be there.

Tuesday May 8… President Trump announced the U.S. is out of the Iran, JCPOASunday May 13… 51st Jerusalem Day, celebrating victory of the Arabs in 1967Monday May 14… 70th Anniversary of the “Rebirth” of Israel, May 14, 1948Monday May 14… Historic move of the US Embassy from Tel Aviv to JerusalemTuesday May 15… “Nakba Day” (catastrophe) Arabs protesting the 1948 decision (which was moved by the Arabs to May 14th to coincide with the day the U.S. Embassy opened)

Tom Trento, Dr. Roni Wexler, and the Judge, along with about 100 others on this tour experienced the jubilation of the people of Israel, but also saw the hatred and devastation that is a continual threat to Israel.  But… what an amazing land, people, and self determination!   It is truly a blessed land!

Tom, Dr. Wexler, and Jeanine Pirro were invited guests of the US Ambassador to Israel, David Friedman, to be at the Embassy opening ceremonies in Jerusalem.  At which time, Jeanine was able to get a private interview with Prime Minister Netanyahu.  Here is that interview in 2 parts: