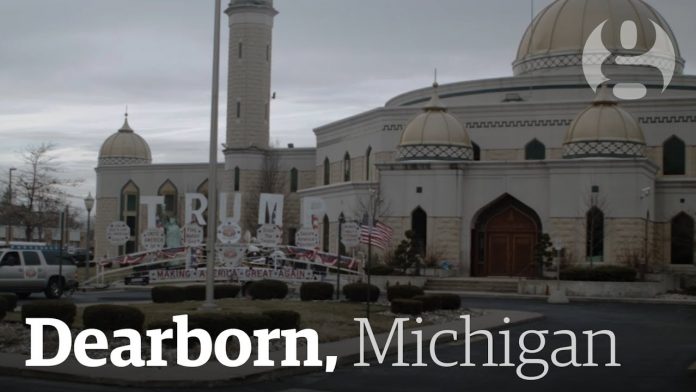 What is it about this story that caused it to receive so little media coverage? You be the judge.

A gas-station clerk was charged Monday with shooting a male customer to death on Detroit’s west side.

Rami Ali Jaber, 26, of Dearborn Heights allegedly came from behind a protective area of the gas station and shot the man after “words were exchanged,” police told the Detroit News. The incident happened just before 4 p.m. Sunday, May 13, at the Citgo station on West McNichols near the Southfield Freeway.

A 34-year-old Detroit man, identified Tuesday as Derek Leon Roberts, approached Jaber at the counter to buy something when a verbal altercation occurred between the two, police said. That’s when Jaber allegedly walked from behind the bullet-proof enclosed area and shot the customer dead.

Upon arrival, officers observed medics on the scene who transported the victim to a local hospital for treatment, where he was pronounced dead from his injuries.

Jaber was arrested at the scene.

The customer was apparently unarmed.

Jaber was charged with first-degree murder and felony firearm. He was arraigned Tuesday, May 15, in 36th District Court.

Assistant Wayne County William Lawrence asked the magistrate to deny Jaber bond and told the court there is audio and video footage of the shooting.

Jaber’s attorney, Doraid Elder, said his client has no previous criminal record and is the one who called 911 after the fatal shooting.

Dearborn Heights has one of the nation’s highest concentrations of Arab Americans, including those who belong to both the Sunni and Shia sects of Islam.

The Detroit News initially reported the story about the gas-station shooting Sunday night but did not publish the shooter’s name until a second story was published 24 hours later. Police did not release the suspect’s name to local media until about 5 p.m. Monday, even though he had been arrested 24 hours earlier.

The victim’s name still has not been released as of Tuesday morning.

Detroit’s other major newspaper, the Free Press, chose to virtually ignore the story of a local man being killed at a local gas station, burying a tiny brief from the Associated Press deep within paper’s website Monday. On the same day it ignored a major local crime story, the Free Press did feel it newsworthy to prominently report on a verbal altercation between a Muslim woman and a man at a coffee shop across the country in California which appeared to be staged and painted the man as a “racist.” [The Muslim woman appeared to be white so It’s unclear what ‘race’ the white man was being racist against.]

There are so many unanswered questions about Sunday night’s gas-station killing that the Detroit papers should be investigating and reporting. Was killing another example of rival Muslim clans continuing their hostilities once they migrate to the U.S., as was the case with a shooting incident last month in New Hampshire? Or is it a case of a Muslim clerk killing a non-Muslim American, perhaps after having taken offense at something that was said? We may have to wait till the trial before the whole story comes out.

One thing is for certain: We can no longer rely on mainstream news outlets to fairly report crimes involving Muslims. Fair and honest journalism takes a back seat to political correctness, and the parameters of what is reportable and not reportable are defined by the hardcore left.