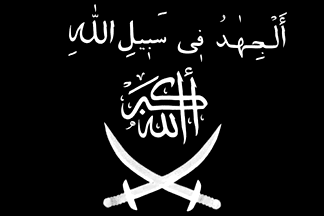 In his 2008 book titled Willful Blindness: A Memoir of the Jihad, Andrew C. McCarthy sounded the alarm when he described a “zealous international network of warriors dead certain that history and Allah are on their side.”  Since then, this network has not diminished; it seems to metastasize in every part of the world.

Violent jihad by its nature makes headlines and causes grief and anger.  It also gives resolve to those who would fight back.  Law enforcement will track down the perpetrators and bring them to court or kill them outright.  But a far more dangerous and insidious undermining of America continues unabated.  It seeks to ultimately destroy the foundations of American values.

It is important to see the larger picture of what the Islamic jihadists assiduously work to achieve in this country.  Connecting the dots irrefutably proves their game plan.

It begins with immigration, or hijra.  I have often wondered why a group of people accustomed to very warm climates continues to settle in extremely cold geographical areas.  Consider that the Nordic countries now boast a growing Muslim population, and Minnesota is now host to Somali Muslims.  In war lingo, this could be construed as a siege, whereby a country’s borders are sealed off by the enemy…with the aim of compelling the surrender of those inside.

Hijra is immigration by jihadists who seek to populate and dominate new lands.  They have absolutely no intention of assimilating peacefully in a new host nation.  In fact, they scorn the host nation’s traditions and legal systems.  Rather, hijrah is a means to “colonize and then transform non-Muslim target societies since the ultimate goal is global submission to sharia law.”  So Sweden, under the much vaunted multicultural umbrella, opened its borders to Muslim immigration.  Today, it is the rape capital of the West.

In March of 2018, Sweden applied sharia law for the first time.  Thus:

While many have acknowledged the influence of Muslim migrants in no-go suburbs in Sweden, such as feminists in Stockholm, the case is the first time sharia law has influenced a case in the country’s court system.

Despite pushback from Swedish legal experts against sharia law in this case, demographic trends suggest that Sweden will become one-third Muslim by the year 2050 and makes the prospect of continued legal challenges inevitable.

According to Pew Research, “[b]y 2050, the U.S. Muslim population is projected to reach 8.1 million, or 2.1% of the nation’s total population – nearly twice the share of today.”

By contrast, Japan “is teaching the whole world an interesting lesson: there is a direct correlation between national heritage and permission to immigrate: a people that has a solid and clear national heritage and identity will not allow the unemployed of the world to enter its country; [while] a people whose cultural heritage and national identity is weak and fragile, has no defense mechanisms to prevent a foreign culture from penetrating into its country and its land.”

After hijra has been firmly established, there is the infiltration into the school system, beginning with the promotion of Islamic attire.  Then Islamic groups stipulate that history classes shine a positive light on Islam.  Demands for halal food are made.  Did you know that Common Core’s funding comes from Qatar, Libya, and Saudi Arabia?  As a result, American students “now participate in public school sponsored trips to mosques via taxpayer expense and girls must wear head scarves.”  Students pledge allegiance in Arabic and recite the Shahada (‘There is No God but Allah’) as well as the Muslim call to prayer.  Equally alarming:

The Sovereign fund of Libya initially took a 3.27 per cent stake in Pearson.  3.27% is a significant stake in what is the largest educational publishing company in the world.  Pearson is a $9 billion giant that dominates textbooks, testing, teacher evaluation, IT platforms for schools, and may have the largest investment in lobbying of any publishing company operating in the United States.  Pearson is also a major supplier to states who have adopted the Common Core Standard.

According to a February 2012 study by Citizens for National Security about Muslim Biased Textbooks in Florida, four are published by Pearson.  Obvious pro-Islam bias is quite clear.  A 2011 study of Muslim-biased textbooks in America “concluded that Pearson published 13 titles where significant Muslim bias was uncovered.”  Also relevant is the fact that

Federally subsidized Middle East Studies centers are required to pursue public outreach.  That entails designing lesson plans and seminars on the Middle East for America’s K-12 teachers.  These university-distributed teaching aids slip into the K-12 curriculum without being subject to the normal public vetting processes.  Meanwhile, the federal government, which both subsidizes and lends its stamp of approval to these special K-12 course materials on the Middle East, has effectively abandoned oversight of the program that purveys them (Title VI).

As the Islamification continues, mosques play a critical role in disseminating hatred against freedom.  In The Mosque Exposed, S. Solomon and E. Alamaqdisi detail how mosques are much more than religious outlets.  The mosque is the driver that ensures that “segregation and refusal to assimilate and integrate make it a divisive and discriminatory source that continually influences those who worship.  The mosque is a part of the socio-political, socio-religious, socio-economical, socio-legislative, judiciary, militaristic system,” whose aim is to thoroughly undermine American separation of church and state and the freedoms enshrined in the Constitution.

Islam “contends that all persons are born ‘slaves of Allah.'”  In fact, “a subservient status is given to members of other faiths.”  According to the World Atlas site:

Again, notice the way that states on the U.S. border show the most increase in mosque-building.

Finally, there is the voting booth.  According to Investor’s Business Daily, in 2014, “the radical Muslim Brotherhood … built the framework for a political party in America that seeks to turn Muslims into an Islamist voting bloc.”  The U.S. Council of Muslim Organizations (USCMO) aims to elect Islamists in Washington, “with the ultimate objective of ‘institutionalizing policies’ favorable to Islamists … that is, sharia law.”  In fact, “America’s first Muslim political party is made up ‘of the inner core of American Islamist organizations’ that portray themselves as an innocent ‘Muslim coalition.'”  It is deception at its core.

And, to wit, there is now a blue Muslim wave, where American Muslims are launching political campaigns.  In fact, “more than 90 American Muslims, nearly of all of them Democrats, are running for public office across the country this year.”  Whether donning hijabs or business suits, these individuals are engaging in the soft jihad that will irretrievably change the landscape of America by substituting sharia law for the Constitution.  It has already begun.

Recently, the 1939 movie Confessions of a Nazi Spy aired on the television.  It was a courageous attempt to disseminate powerful messages about the rise of Nazi fascism to millions of Americans.  One of the potent lines in the movie from the American Nazi leader was “And we know that … we must destroy the chains that tie the whole misery of American politics together!  And that chain is the United States Constitution.”

Islamo-fascism is but another form of Nazi terror – it has a religious component to it, which makes it perhaps even more dangerous.  If we continue with our willful blindness, there will be no turning back.