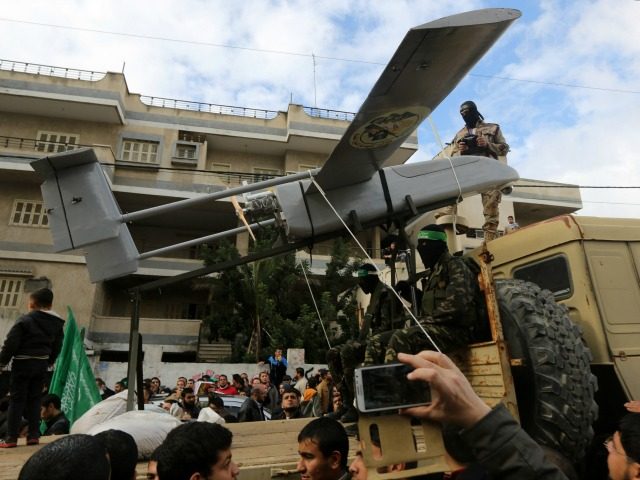 “After an inspection, explosives were found on the drone,” the IDF statement said.

The UAV was intended to harm soldiers in the area of the Sha’ar Hanegev Regional Council, the army said.

The statement came hours after the IDF discovered an improvised explosive device disguised as a pair of bolt cutters planted along the Gaza security fence.

IDF Spokesperson Ronen Manelis on Sunday warned the Iran-backed terror group not to “play with fire.”

On Saturday morning, four Palestinians armed with firebombs breached the border fencefrom Gaza into Israel. Israeli soldiers fired warning shots and the infiltrators retreated back to the other side of the fence, but not before leaving a tent on Israeli soil on which the words “The March of Return: Returning to Palestine’s Lands” were emblazoned.

On Friday and Saturday, around 10,000 Palestinians rioted at two different locations along the border fence, throwing rocks and burning tires. The army responded with riot dispersal methods, including tear gas, as well as firing warning shots.

Earlier in the day several attack kites were flown into Israel over the border, sparking fires. Three hundred such kites have been flown across the border sparking some 100 fires.

A group of Gazans hurled an explosive device at soldiers stationed nearby. No one was injured.

In response to the infiltration, Israel carried out a series of airstrikes against Hamas positions in Gaza late Saturday night. No injuries were reported.

The border breach was one of numerous attempts over the weekend to damage infrastructure and infiltrate Israeli territory, the IDF said.