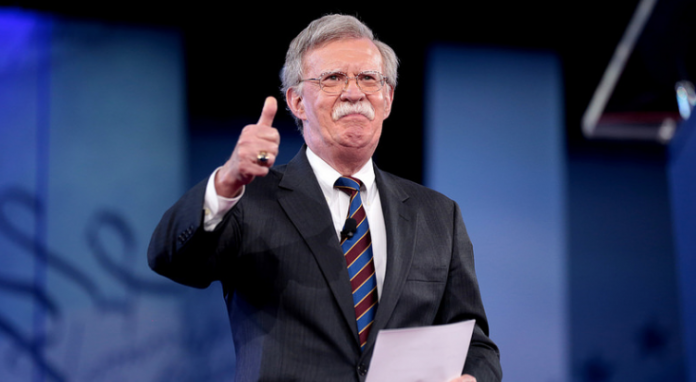 For Immediate Release
May 31, 2018
WASHINGTON, D.C.— The discredited, radical left Southern Poverty Law Center (SPLC), the Sharia-supremacist Muslim Brotherhood and their echo chamber in the leftist media are denouncing the appointment by President Trump’s new National Security Advisor, John Bolton, of a highly accomplished and widely respected national security practitioner as the National Security Council’s Chief of Staff and Executive Secretary.  The real reason for their frenzied complaints about the appointment of career intelligence professional Fred Fleitz should be obvious: This “Red-Green axis” is unhinged by Mr. Trump and is determined to do whatever it can to prevent his success.
To be sure, these critics serve up a number of other pretexts for demanding the firing of Mr. Fleitz. The principal rationale given, though, is that he was, until last week, the Senior Vice President for Policy and Programs of the Center for Security Policy.  That fact has prompted a fresh round of recycled falsehoods aimed at discrediting the Center’s carefully documented work – particularly that exposing the Muslim Brotherhood’s far-advanced covert campaign whose explicit goal is “destroying Western civilization from within by [the infidels’] hands and the hands of the believers so that Allah’s religion is made victorious over all other religions.” Unable to rebut Center products and initiatives, groups like the Hamas-founded CAIR and the SPLC, a disreputable George Soros-funded instrument of hard-left political warfare, simply seek to suppress them and defame and silence their authors.
The Center for Security Policy is, of course, proud of its long and highly productive relationship with Fred Fleitz.  (During his time at the Center, Mr. Fleitz authored many scores of articles, published two important books – Obamabomb and The Coming North Korean Nuclear Nightmare– and co-edited several more and appeared in countless radio and television interviews.)  The Center is similarly gratified by the elevation of the rest of its friends and colleagues – including Amb. Bolton, Secretary of State Mike Pompeo and numerous others – now in senior positions throughout President Trump’s national security team.
The Center is even more delighted that such allies are in positions faithfully to execute the National Security Strategy unveiled last December, which in at least 30 different aspects embraces policy initiatives recommended by this organization over its thirty years of operations. And it looks forward to working closely with the President and his team to execute that strategy.
Frank J. Gaffney, the Center’s founder and President said, “The Center’s loss with the departure of Fred Fleitz from its senior management is the nation’s great gain.  With his experience as chief of staff to then-Under Secretary of State John Bolton, as well as his decades of service in the CIA and on the House Intelligence Committee, Deputy Assistant to the President Fleitz brings extraordinarily knowledge, competency and effectiveness to his new roles as National Security Council chief of staff and executive secretary.
“Far from being concerned that terrorist fronts and their enablers are in hysterics because Donald Trump has entrusted these key roles to Fred Fleitz, the American people should be delighted with this fresh evidence that president is determined to keep his promise to make America safe, as well as great again.”